Home » Nieuws » Andy Flower is back among friends
Harold Vogelaar 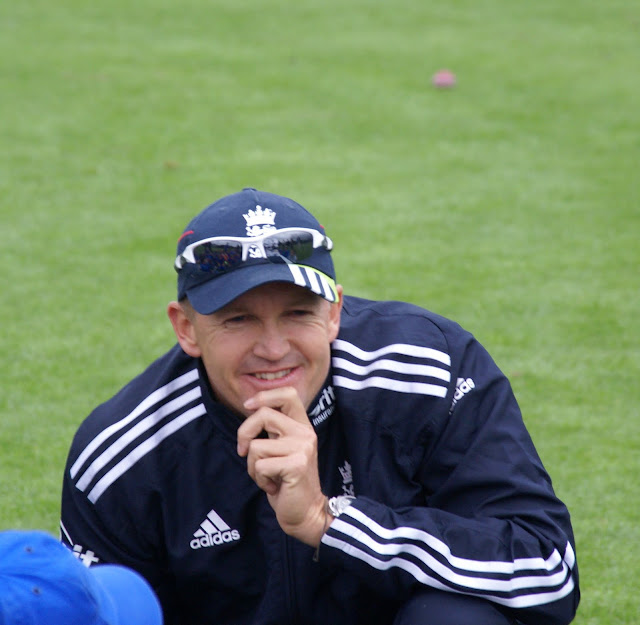 (by Rod Lyall from CricketEurope)

There was a party atmosphere at Voorburg’s Westvliet ground on Wednesday evening as their one-time player-coach – and current England Team Director – Andy Flower returned to the club after an absence of almost twenty years.

The 42-year-old former Zimbabwean Test star had a busy schedule, as he ran a coaching session with a group of Voorburg’s younger cricketers, and handled question-and-answer sessions with the children, a handful of journalists, and the club members with honesty, tact, and unfailing good humour. But it was also a family reunion, as he and his wife Rebecca made the most of the opportunity to meet up with many old friends.

Whether he was recalling the background to his 2003 decision to mark what was happening in his country by wearing, along with team-mate Henry Olonga, a black armband while playing in the World Cup or talking about the selection and possible fortunes of England during their forthcoming Ashes tour, Flower had the knack of speaking frankly without giving too much away, and he thoroughly deserved the ovation he received at the end of the evening.

He is willing to admit that he learned a good deal from his two years at the Voorburg club, in 1990 and 1991.

‘It was my first real opportunity to get involved in coaching,’ he says, ‘but most of all as the overseas professional I had to learn to take responsibility. I couldn’t just play, as I tended to do in Zimbabwe and during my season with Heywood in the Central Lancashire League.

‘The club was paying me, and I had to deliver.’

Flower adds, with typical generosity, that playing at Voorburg also had an effect on his attitude: ‘I had tended to have a conservative, possibly even a slightly negative approach, but from Tim and Patrick de Leede in particular I learned to be more positive.’

Having watched the Dutch beat his England side in the opening match of the 2009 Twenty20 tournament at Lord’s, does Flower think that the Netherlands have made significant progress since he helped Zimbabwe beat them in the 1990 ICC Trophy?

‘I haven’t seen enough of them,’ he replies, ‘but I don’t think there’s a significant difference in standard. The Dutch have always been a dangerous side with an attacking approach.

‘And part of me was proud to see them achieve a thoroughly deserved win in that game.’

Flower’s generosity goes only so far, however: he is certain that England will get their revenge the sides meet again over 50 overs in next year’s World Cup, and he will no doubt be doing everything in his power to achieve that outcome.

His perspective on the development of the game in the leading Associates naturally has an air of authority, since he played a key role in Zimbabwe’s transition from top Associate to a Test-playing nation.

‘We started out with a small number of players employed as coaches,’ he recalls, ‘and morphed from there to a fulltime playing squad.

‘But many of the pioneers, like John Traicos, Andy Pycroft, Malcolm Jarvis and Andy Waller, combined their cricket with their professional lives elsewhere, and they showed that you can be just as professional in your attitude as any fulltime cricketer – possibly even more so.

Flower is adamant that there has to be room for all three major forms of the game in international cricket.

‘I don’t believe in dumping the 50-over game,’ he declares, ‘although there may well be a case for cutting back on the number of ODIs. That would add value to the matches that are played – and we’ve seen some superb ODIs recently.’

He is also in no doubt about the importance of first-class, multi-day cricket as a pathway to the Test arena. Like most coaches, he is a passionate advocate of the multi-day game.

‘That’s where you learn the most,’ he says: ‘how to stay in, to build pressure, to bowl for long periods, to create wicket-taking opportunities.

‘For Zimbabwe as it emerged, the Test goal was absolutely crucial, and that’s why I believe a competition like the Intercontinental Cup is so important. Ideally, too, there should be some form of domestic multi-day cricket to underpin it and to help with the development of young players.’

Although he stresses he has not seen the proposals in detail, Flower admits he was ‘surprised’ by the current ICC proposal to restrict the World Cup to ten teams.

‘They’ve been very clear until now about their mission to spread the game globally, and I would see cutting back on the World Cup as a step away from that. But I repeat, I don’t have enough information to give a detailed reaction.’

The England coach demonstrates with every move he makes and every word he utters that he has the same enthusiasm for the game that first brought him to the Netherlands two decades ago.

‘I’ve been very lucky,’ he told the children he had been coaching. ‘Playing professional cricket can take you all over the world, travelling to fascinating places, seeing different cultures and making lifelong friends.’

His many friends in Voorburg and elsewhere in the Netherlands, some of whom took part during his visit in a ten-over-a-side match between a Dutch XI and a team of former internationals in which the former’s attack was opened by CEO Richard Cox, will be hoping it’s not so long before his next return to his former haunts, even if the result in Nagpur next February isn’t the one he’s aiming for. 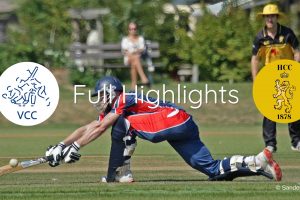 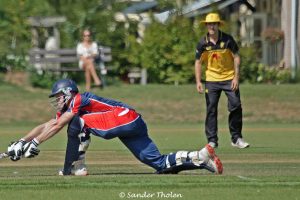