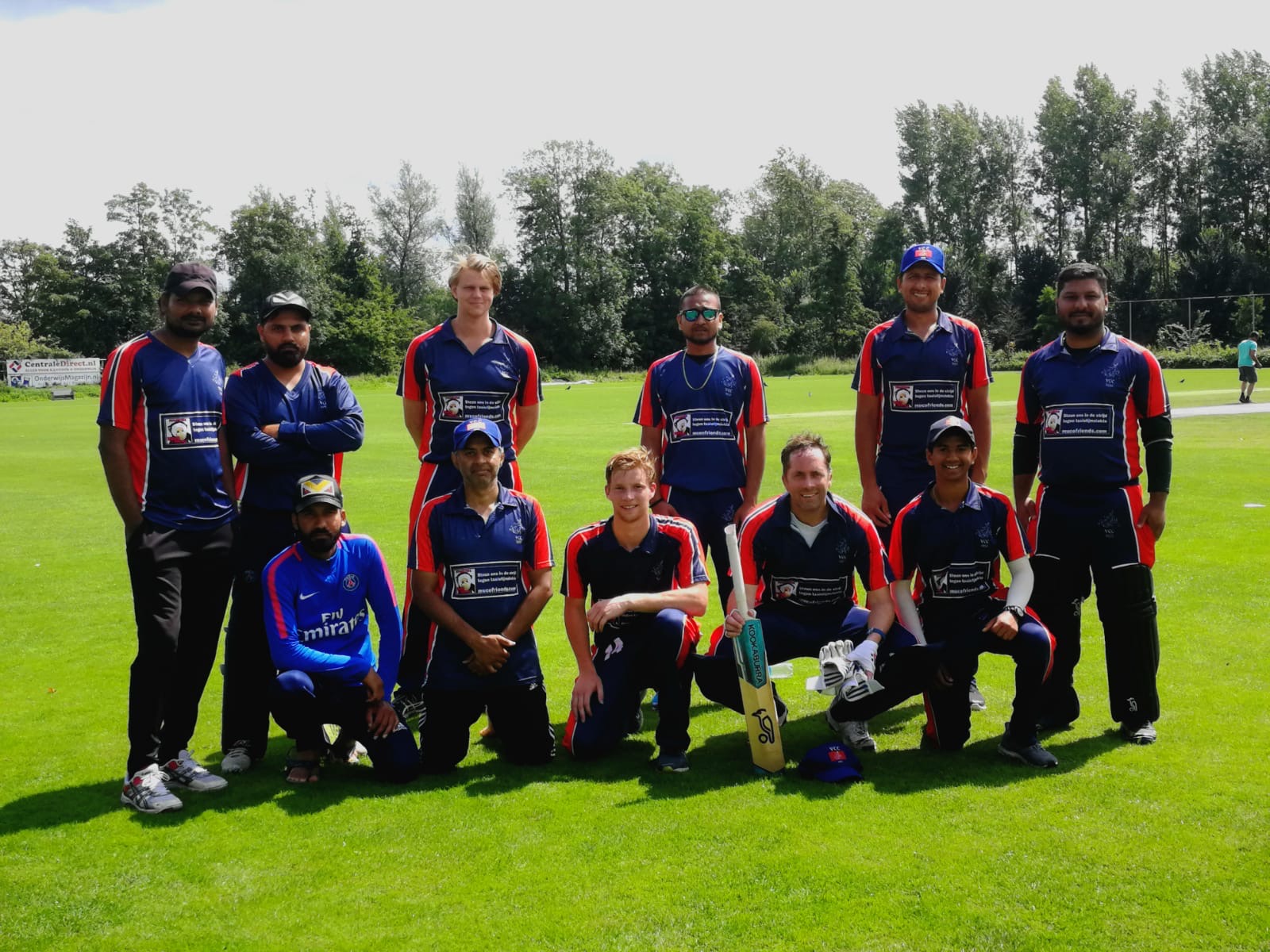 Sunday 26th of July was the 4th league match for VCC 2 playing away against excelsior 2. It was good sunshine but the ground was a bit wet from the last night rain.

It was relatively nice ground and to the disappointment of everyone, we had to play on the mat instead of the turf wicket.

Excelsior 2 won the toss and elected to bat first.

VCC bowlers Sajjad and Atif started off aggressively, especially Sajjad who was bowling at a fiercely with immaculate line and length. Sajjad managed to strike early in the first over with the batsman was unsure against the pace. The first over set the tone of the game and VCC 2 was on the aggressive. Wickets kept coming at regular intervals. In the first set of 10 overs, Excelsior were half team gone with merely 30 runs in the board. Both opening bowlers Sajjad and Atif took 3 and 2 wickets.

Wickets kept tumbling after the first change with only some resistance shown by J Post who manage to get into double figures. Extras were 13 and rest of the batsmen were mostly in binary numbers.

Flo and Iftikhar were other prominent bowlers both bowled with great precision and accuracy. Iftikhar claimed 3 and Flo manage to get 1 wicket with a well-deserved run out.

So Excelsior were all out at the score of 60 within 20 overs. Overall it was a good disciplined bowling and fielding performance.

With the 15 minute break, VCC 2 started their innings with Tahir and Remco. It was a cautious start from both players. But Tahir was unfortunate enough to be caught in the slip in the second over.

Harold joined Remco and both players played cautiously and dispatching the loose ball when it comes along. A hint of inexperience from the excelsior side was also visible, at times their bowlers were trying to bowl too quickly. But in the end, VCC 2 completed the run chase in 11.5 overs with 9 wickets to spare and bagged 2 important points.

Outcome from the game was good discipline in the bowling and fielding department and that could be a key for the future games.