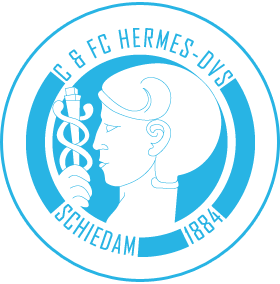 After the 1st practice match on 15th May and loosing it badly, Zomi team was geared up to give the best in the 2nd Match of 2016 season against HERMES DVS
The day started with typical dutch weather with showers and cold breeze on other side, both the teams were on time and waiting for the U16 team to finish their game in VCC 2nd field.
Captain Cool Colin win the toss and elected to field rather like in 1st match, all the teammates backed his decision.
Elegant and Marvelous spell by Prem and Atif picking each 2 wickets and pressurizing the guests at 19/4. Later on the new batsmen continued to have good 60 run partnership with many extras in the pocket. Captain Cool controlled the flow of runs with excellent line and length and a wicket. HERMES DVS managed to put 157/5 on board in 35 overs.
This match also given more opportunity for the VCC bowlers to get used of the conditions and get prepared for rest of the season.
Through out the first innings it was drizzling and it didn’t stop us to play and end of first innings it was raining and every one suspected if the match continues, thanks for the good football turf which saved for the day.
Patrick de Leede opened the innings with Rama on the other side. Pitch was dam wet and the bowl remained very low during the second innings. Guests were testing the batsmen patience with too many wides.
Patrick was out at 38 on board and mid of the match we lost 1 more wicket and on the other hand Rama stayed in the crease and watching out for the low balls by saving his wicket.
Match was paused for 10 minutes due to rain and both captains took a decision to continue the game and ensure minimum 20 overs are played in the 2nd innings.
Tim Joined Rama in finishing the things, on the winning run Rama was given leg before and Habib finished the game with a four. Total standing at 161/3 in 25.2 overs.
With this first win of the season VCC Zomi is pumped to keep the same spirits rest of the season.
-RK 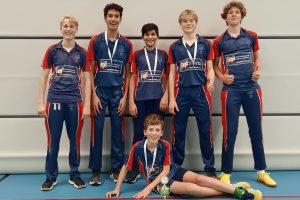