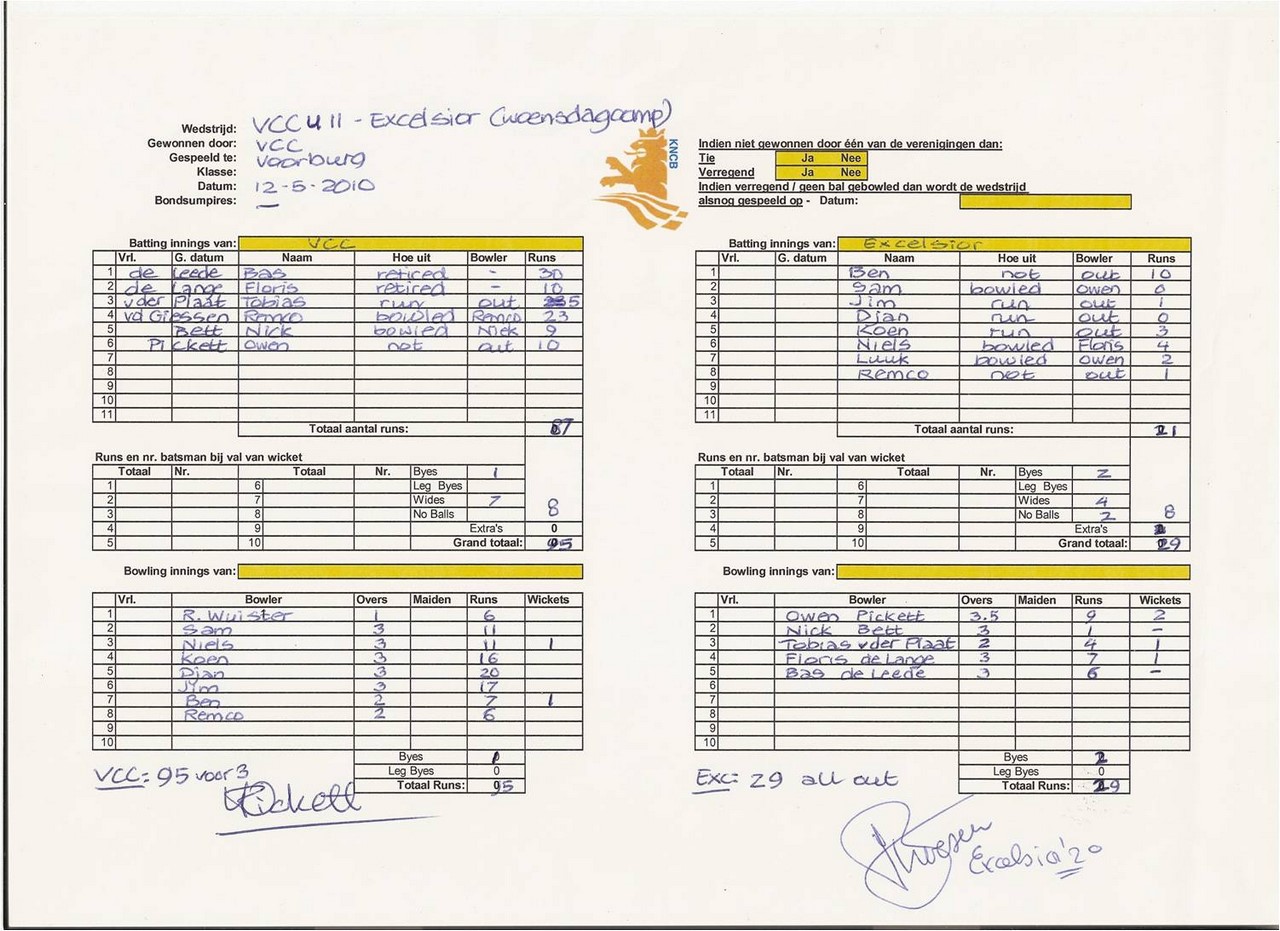 Most cricketers have had the experience of coming off the field at the end of an innings or of the game to find that no-one’s sure how many runs they made, or their wicket’s been given to someone else, or their catch has been missed. And sometimes the books don’t agree, or even add up, and in extreme cases there can even be an argument about which side won. So scoring is an important aspect of the game. Having a regular, qualified scorer means that the team can just get on with playing, and even better, players don’t have to take it in turns keeping the scorebook! Scorers are therefore important people, and there are never enough of them.Even some of the top clubs in the Netherlands have trouble finding a regular scorer. So this winter the KNCB is organising a scorers’ course for the second time, which will give participants the chance to gain the ICC Europe Level 1 scoring certificate. The course will be provided by Rod Lyall, who has been a scorer for more than fifty years and who scored in the Hoofdklasse for VRA for fourteen seasons, and will take place in het Huis van de sport in Nieuwegein on Saturday, 18 February between 9:30 and 17:30. Aimed both at absolute beginners with a basic knowledge of the game and those with more experience, the course will be bilingual in Dutch and English. It will include practical exercises and will conclude with a test, the successful completion of which will lead to the Level 1 award. Participation costs €20, and all participants can receive a copy of the latest edition of Tom Smith’s Cricket Umpiring and Scoring, which incorporates the most recent set of amendments to the Laws (€15,- extra). Scoring can be an enjoyable activity for former players, wives and husbands, partners, sons and daughters, youngsters learning the game, or any cricket enthusiast. The application form is below. Machtigingsformulier