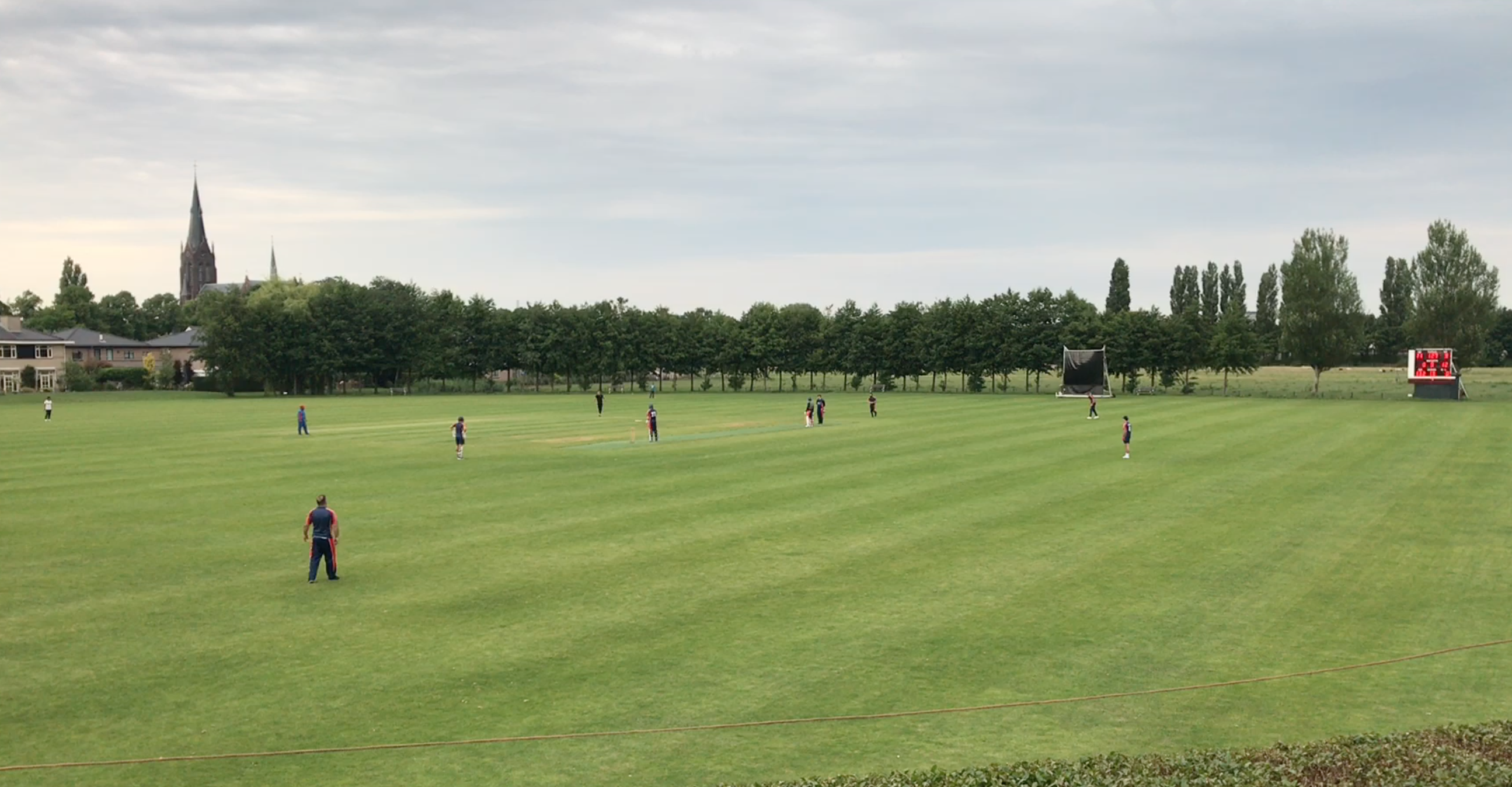 Despite the shower in the morning, the first game of the season has been played last Sunday, June 14: Sono’s Warriors versus Flo’s Rising Stars. During quarantine, the desire to play games has been huge, so both teams were very excited to play again. Captain Floris de Lange won the toss and elected to field first. This turned out to be not a bad choice when Stijn de Leede (16-1-2) bowled the first ball on Gaurav: straight up in the air in Wouter Rutger’s safe hands. After this, Naman (53* retired) and Tobias Nota (48*) did a great job. The dropped catches and missed run outs were compensated by outstanding bowling of Wouter Rutgers (18-2-4) and Aryan Dutt (15-1-4). Yassir scored 17 runs very quickly and Sono’s Warriors ended at a score of 132. Openingsbowler Mees (15-2-4) got out openingbat Babette de Leede (3) quickly. The other opener Aryan Dutt (48) and Floris de Lange (27) had a nice partnership. With three wickets of Sono Zaidi (34-3-3.4) and the great bowling of Atif Zaka (14-1-3), Sono’s Warriors could smell their victory at 88-6-15. But then Floris van Hoogdalem (18* of 10 balls) came in. Together with Wouter Rutgers (11) and innovative shots from Adam (7), he made sure Flo’s Rising Stars needed 12 runs from the last over for a victory. Floris’ tremendous batting with a two on the first ball and a 4 on the second ball had a peak when he hit a 6 on the third ball and won the game for his team. Because nobody would ever believe this, the proof can be found in a video after this report. This thrilling game is a great start for a weird season. Next week, you can read about the first round of the Muco&Friends T20 premier league!