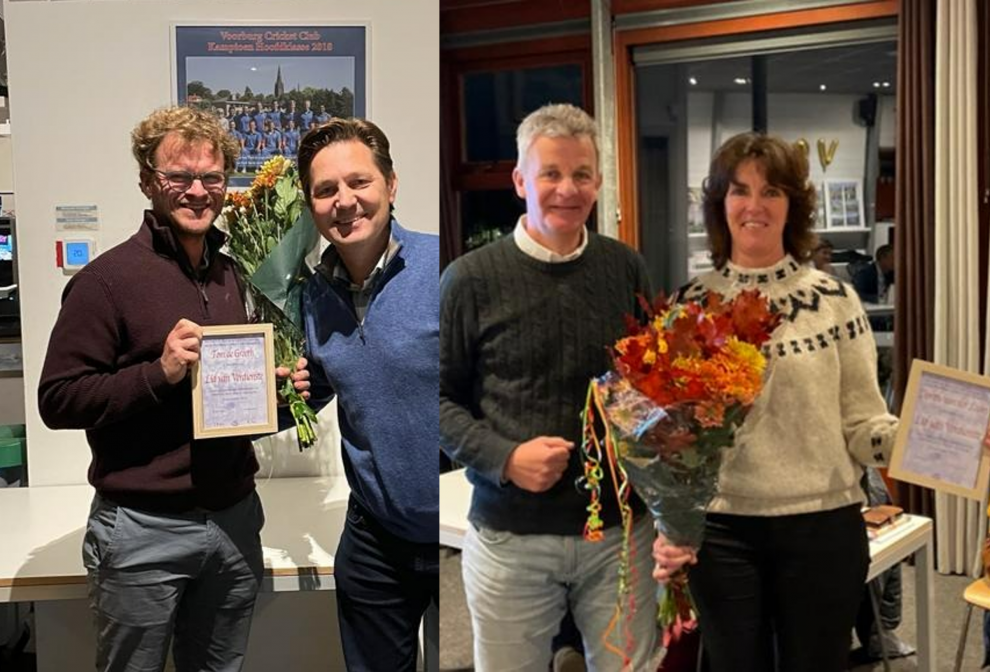 The autumn GMM of VCC was held on Saturday 19 November. About 35 members had taken the effort to come to the clubhouse, which had warmed up somewhat for the occasion (outside around freezing point).

The Board and looked back and forward. There is the awareness that we have fantastic accommodation and also that we had a good season. In the various leagues VCC Women 2x champion, the U17 and VCC 1 and 3 men runners-up, and VCC 2 champion in the Eerste Klasse. In terms of accommodation: the new indoor hall is an enormous enrichment, as are the hybrid pitches. We had fantastic events (90th anniversary), with the icing on the cake being the two T20Is against New Zealand. We should therefore certainly not forget that a lot is going well.

But there are also concerns. It is a challenge to finance the further desired professionalization (bar, coaching) and the current enormous cost increase (energy) that the club is confronted with, do not make it any easier. Partly for this reason, the board has proposed a membership fee increase of approximately 10%. This seems to be a necessary and no more than fair indexation of the costs that have to be covered.

Like any club, there are many volunteers who help out. Two of those many volunteers were given extra attention at the end of the meeting because of their longstanding and extraordinary contribution: Dorith van der Laan and Tom de Grooth were both appointed Members of Merit.