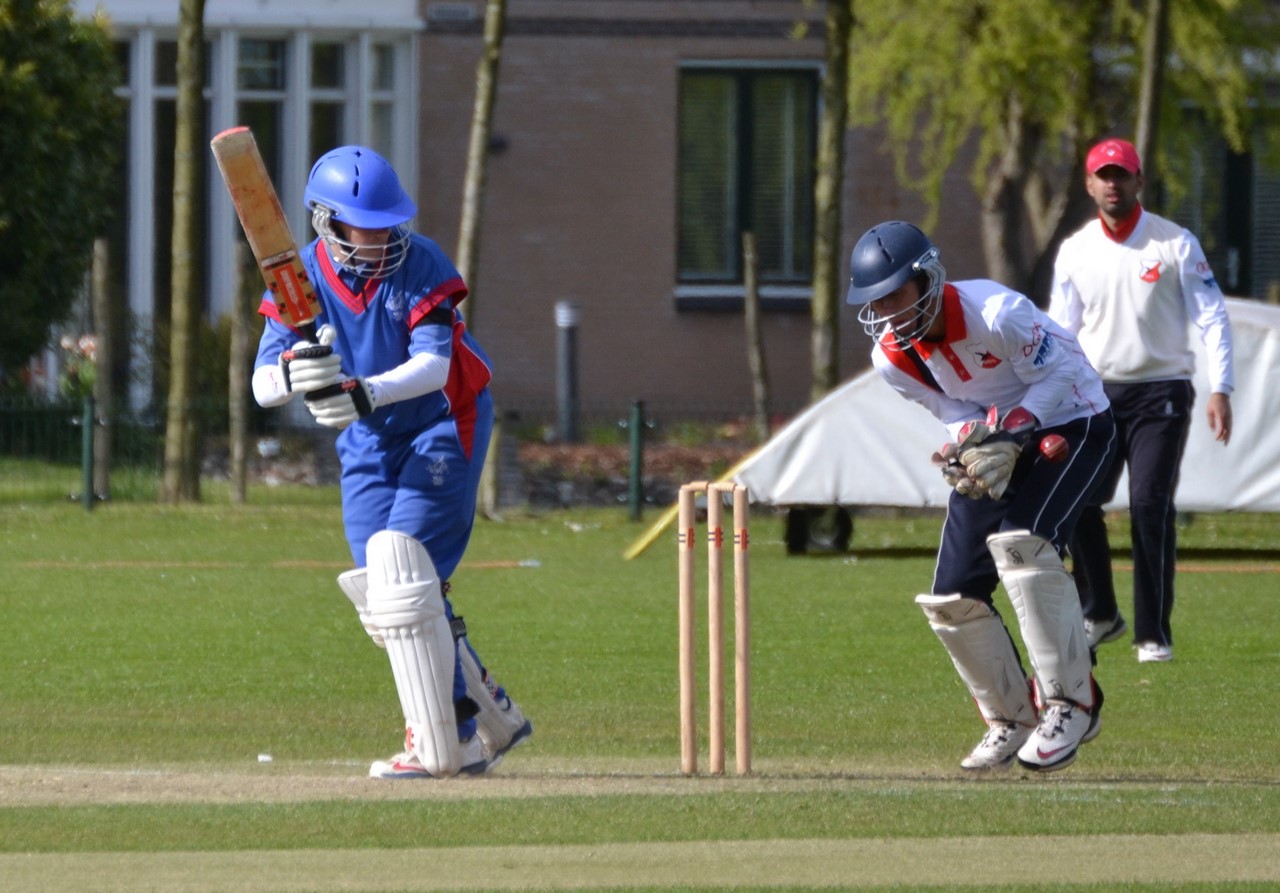 On a very cold Sunday (seven degrees Celcius) the Haaglanden cricket opener of the season took place at sportpark Westvliet: the Muntaz T20 Cup. HBS benefitted from hard work during the winter and won from VCC in the final.

The day started with one minute silence for two VCC celebrities: Frans de Leede en Frits Makkee.  In the first semi-final VCC won somewhat surprisingly from HCC, whilst on the second ground HBS managed to beat neighbours Quick in their semi-final. In the final HBS made a solid 150 amongst others via Dennis Coster. VCC’s chase (D/L target 138 from 18 overs) started dramatically: Kiwi McCarthy (who the day before made his first century (111*) versus Belgium) and Australian danger man Rob Fisher returned to the dressing room ‘without troubling the scorers’. Berend Westdijk bowled great figures. Bas de Leede contributed 40 runs before being caught at the boundary. In the same over Nissar Ali was cleaned for 27 and soon after HBS had won. An interesting final with that will leave both teams hopeful for the season. Both teams relegated and with the increased promotion that is in place this year both teams will expect to play a level higher next year. Photographer Balkumar Marthi made a nice mooie photo-impression of the day.