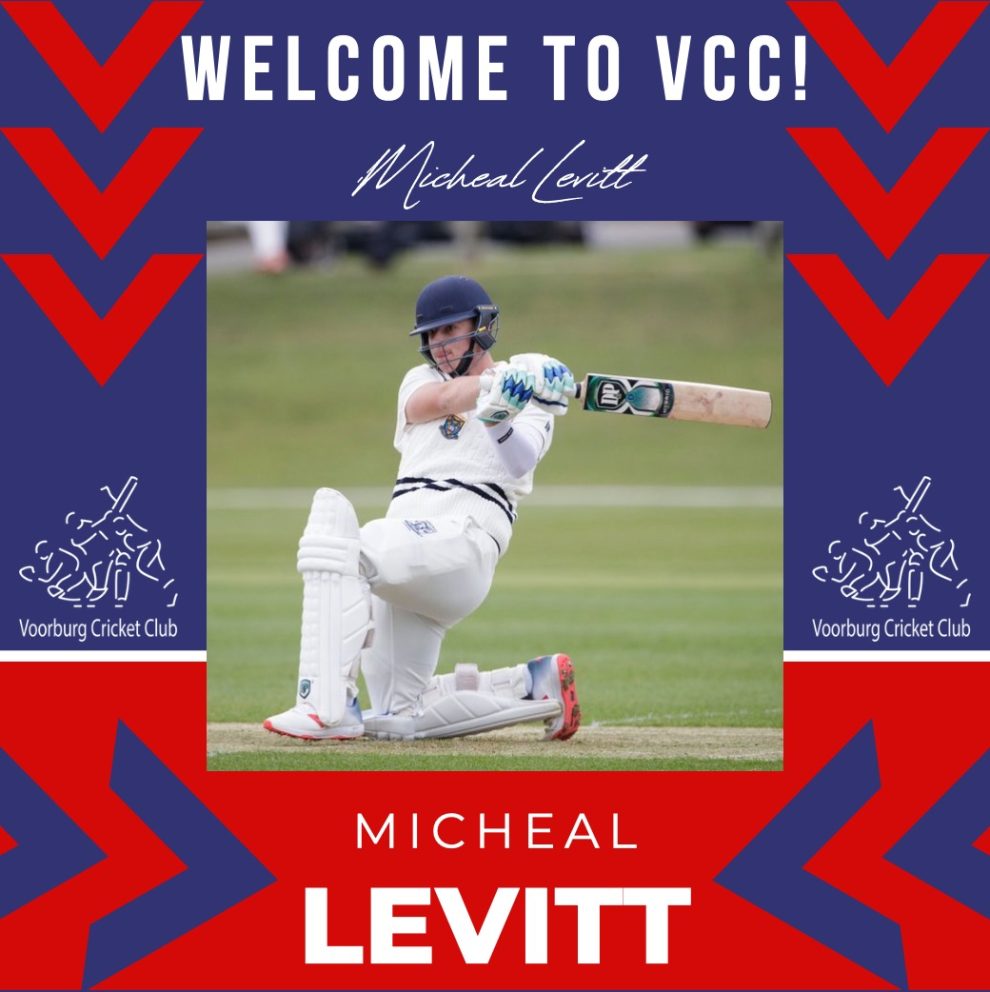 VCC is delighted that Michael Levitt will join VCC cricket this season to play a key role in VCC’s ambitions to play for the national title. Michael is a hard-hitting right-handed batsman who also bowls (medium fast).

Michael is 19 years old and has played cricket for and been captain of his school team (South African College School) and his provincial team (Western Province U13, U15, U17 & U19). In addition to his South African passport, Michael also has a British and Dutch passport and has ambitions to join the Dutch set-up. For his age, he is already quite experienced with periods in the UK in pre- and post- Covid years (including playing for Stanmore CC in the Middlesex Premiere League).

He has gained knowledge about VCC through his South African contacts and is eager to play his part in the first team and help the club develop young talents. He wants to pick up a study in the Netherlands when the new school year begins.

Asked about his expectations and knowledge about Dutch cricket and the 2023 season, Michael says, “It has been a goal of mine since I can remember to play professional cricket. By playing at VCC and gaining more experience and knowledge I hope to get one step closer to my goal, and make new friendships along the way. My big ambition in the 2023 season and beyond is to improve myself as a person and player in hopes of representing the Netherlands, VCC and my friends and family to the best of my ability.”