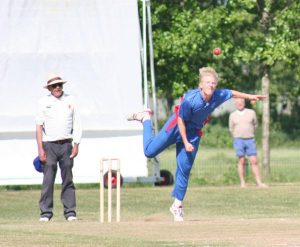 The selection committee of the KNCB has announced a training group of 17 men who will prepare for the ICC World Cup qualifying tournament in Zimbabwe in February / March 2018. Both Philippe Boissevain and Viv Kingma are included in this group of that will be put through an intensive indoor program from January 5 to February 7. Both have the chance to represent the Dutch national team that will compete for a spot in the 2019 World Cup in England. In addition, Bas de Leede will train for seven weeks in South Africa at the Gary Kirsten Academy and possibly join the team by the end of February.

A great opportunity for these three young men whihc they thoroughly deserved themselves. On behalf of VCC: good luck and fun!