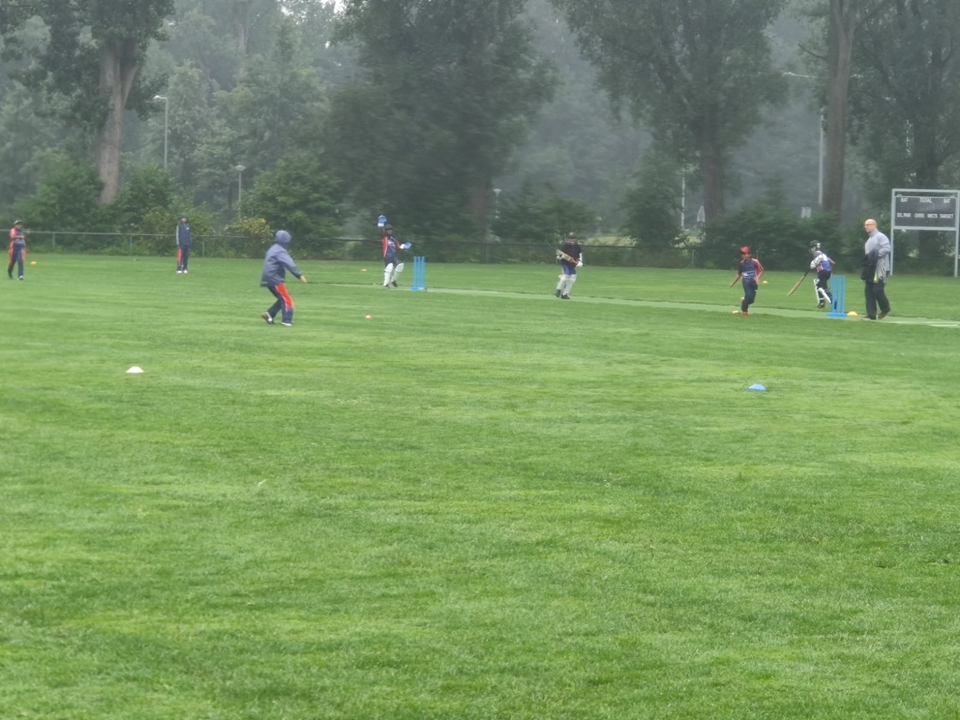 After having waited a long time, we were finally able to play the first match. Because many players from the U9 have moved on and it dared to train with a hard ball at the U11 and that also went well in recent weeks, we were able to make 2 teams. Team B today consisted of the younger U9 players, Tavish, Pragnay, Lucas, Samanth, Daan with 2 newcomers Jonathan and Mees and with Thijs as a U11 player.

The weather was not easy, because it kept raining. In the clubhouse we warmed up with table football and practiced carefully with some catching. We were not sure if we could play. We decided to try it anyway because the kids were looking forward to it. VCC started fielding and that was unfortunately a bit of bad luck for us. Rain, wind and some were sometimes a bit cold, but everyone did their best. But that made bowling very difficult, balls slipped out of hand and that unfortunately resulted in some extra wides. It took some getting used to for everyone, what should I do, cover the wicket, throw the ball calmly etc. What was nice to see, when a wicket fell, everyone came together to celebrate and everyone was very happy too . We had taken 9 wickets in total.

Due to the many wides, unfortunately the score rose and Punjab made a high total.

Thijs and Samanth were allowed to bat first. Punjab started with two strong bowlers who threw few wides and it was difficult to score. With some nice hits and a good run between the wickets, she finished with 6 runs each. Lucas and Daan took over. Lucas was looking forward to it and was swinging his bat nicely and with at least a very nice 4 as a result. Daan is solid and still lacks some strength to hit the ball well, but that comes naturally. Lucas 8 and Daan 2 runs. Tavish and Pragnay were couple 3. They were also looking forward to making runs, running a lot which sometimes led to problems and some run outs. Now the wickets are at 17 meters, but Tavish thought the crease was even earlier, tap somewhere blind on the mat and call for a second run. I repeat, Tavish you have to tap behind the crease, he looked at me with a smile and the next run he tapped again far before the crease. So for Tavish we have a point for improvement 😊. Tavish 7 runs and Pragnay with a very nice score of 11. Mees and Jonathan were the last pair to end this inning. At the non stiker end, I stood next to one of the two and walked every ball with them to make some few meters and explain why to do this. With a good run between the wickets and some runs I hope this was for them a first successful match. Mees 5 and Jonathan 2 runs.

Punjab bowled stronger and was a bit stronger on bat. But still nice to be able to play a match despite the bad weather. Now train well again and hope for better weather and on to the next game. 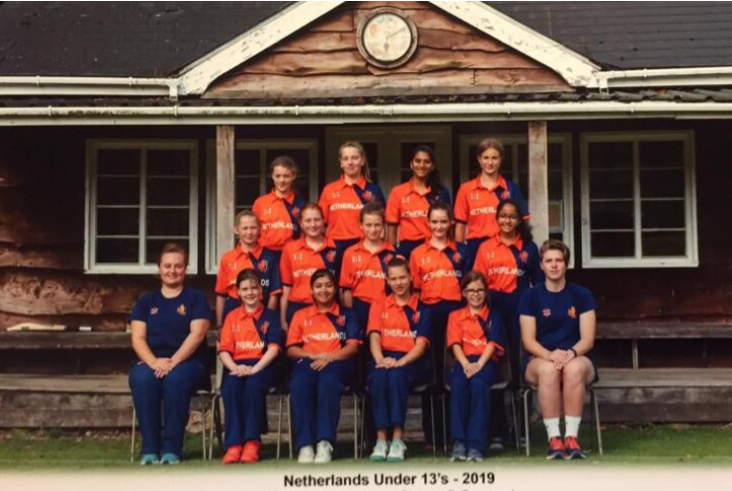 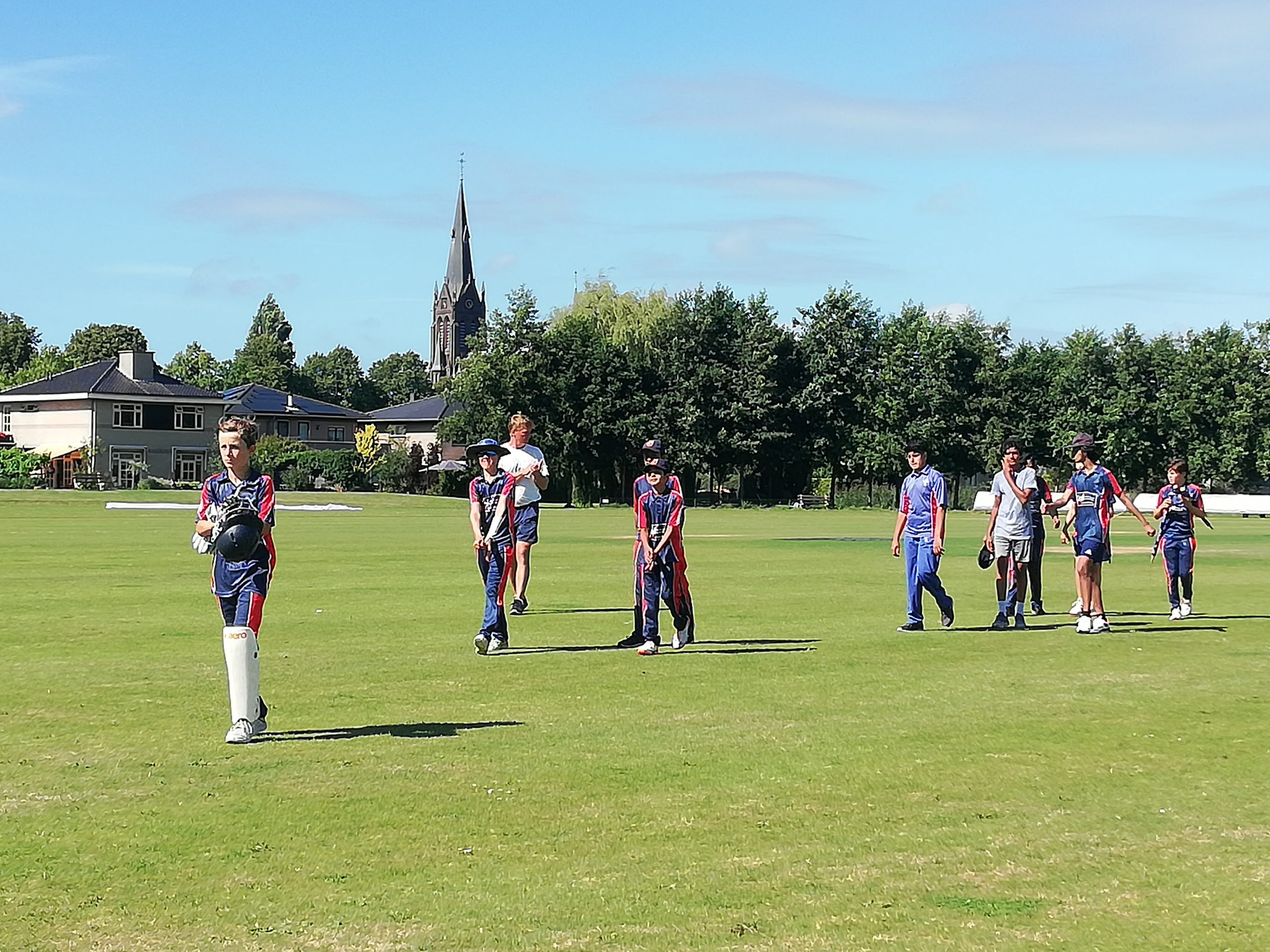