Home » Senioren » Father’s Day turns out to be Kobus’ day 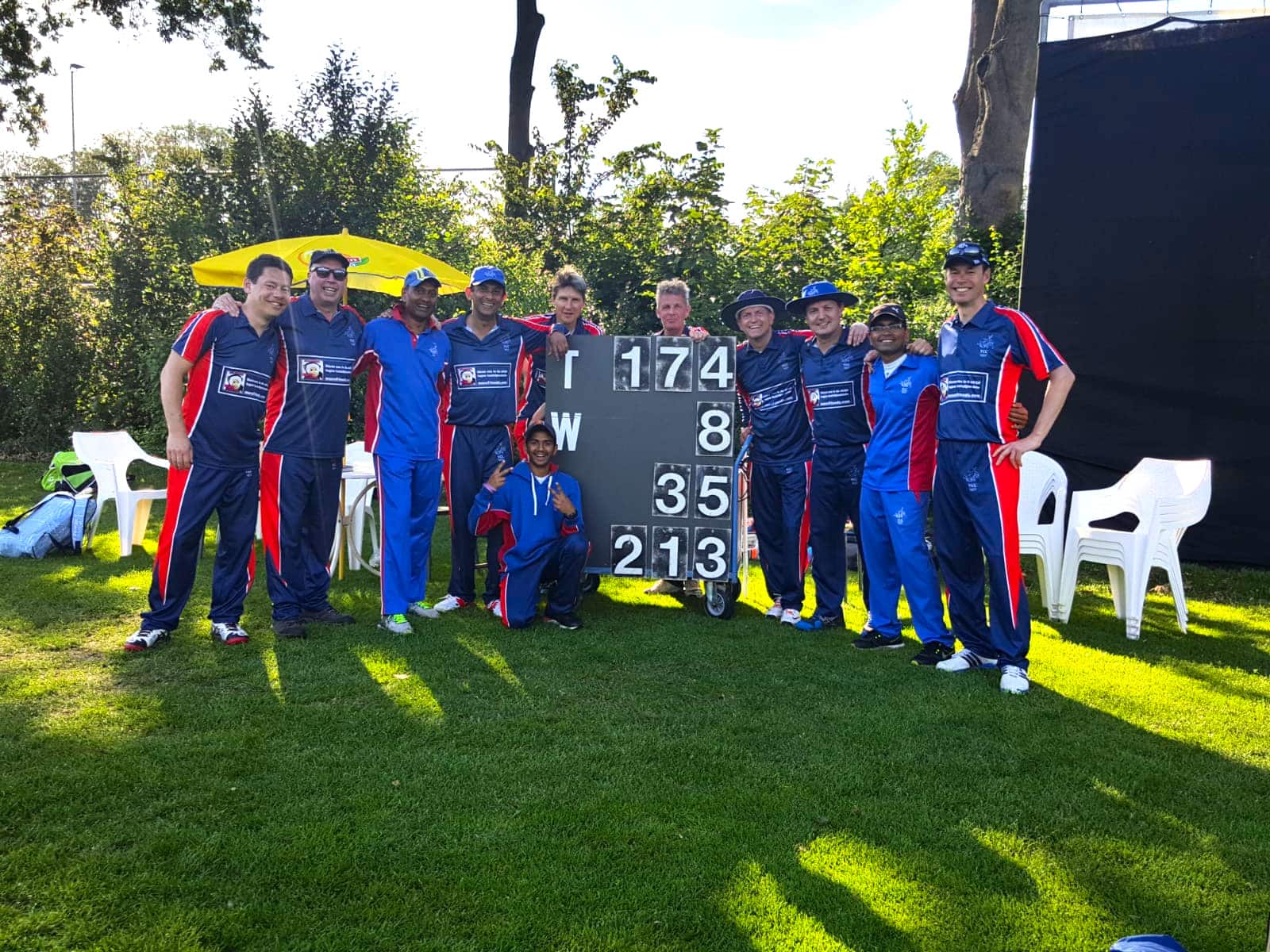 Zomi’s beat Kampong by 39 runs in the home match at VCC on 16th June 2019, continuing their victory march with a “Quick” win. It was Kobus’ day, from arranging lunch to scoring 69 runs and taking 4 wickets. Nice statistics!

Zomi’s chose to bat first & started with their star openers Guus & Rutger Beekhof (which reminds us of Steve & Mark Waugh). After a steady start with 5 runs per over, VCC Zomi’s lost their two wickets in a row. First wicket Guus, caught behind on delivery going off the stump by Raj.  Umpires were not convinced but Guus decided to walk out. Later, Victor who came as number three, could not score much and was bowled out by Malik. Kobus came in at number four. Post these two successive wickets Kobus and Rutger continued a good partnership of around 60 runs. Zomi’s lost Rutger to Singh, scoring 61 runs. Dinesh replaced Rutger and continued building up a partnership of around more than 100 runs with Kobus to take Zomi’s  final score to 213 for 3 in 35 overs. Kobus and Dinesh built a partnership on quick ones, two’s, few boundaries and three sixes (Kobus 2 & Dinesh 1).   Dinesh hit a few nice boundaries, particularly in extra cover & fine leg and Kobus two sixes at long on. Those were spectacular.

Later, Kampong started their chase confidently and took nine runs in the first over of Lailesh, showing their intentions of giving a tough fight. Zomi’s Nirav Kulkarni, whom we borrowed from the U15, showed his talent by bowling out A. Wiersma. Dinesh, Kobus and Donni bowled well and kept pressure on Kampong. As a consequence,  they started losing their wickets regularly. Spectacular fielding by Rutger sent S. Cook home by a direct hit and Nirav took a beautiful catch of Botha who was looking dangerous for Zomi’s at long on. Finally, Zomi’s concluded Kampong’s inning at 174.

It was a nice win over Kampong from an all-round performance in all three departments, fielding, batting and bowling. It seems, “Olympia” (whom Zomi is playing next week) should take notice of it.