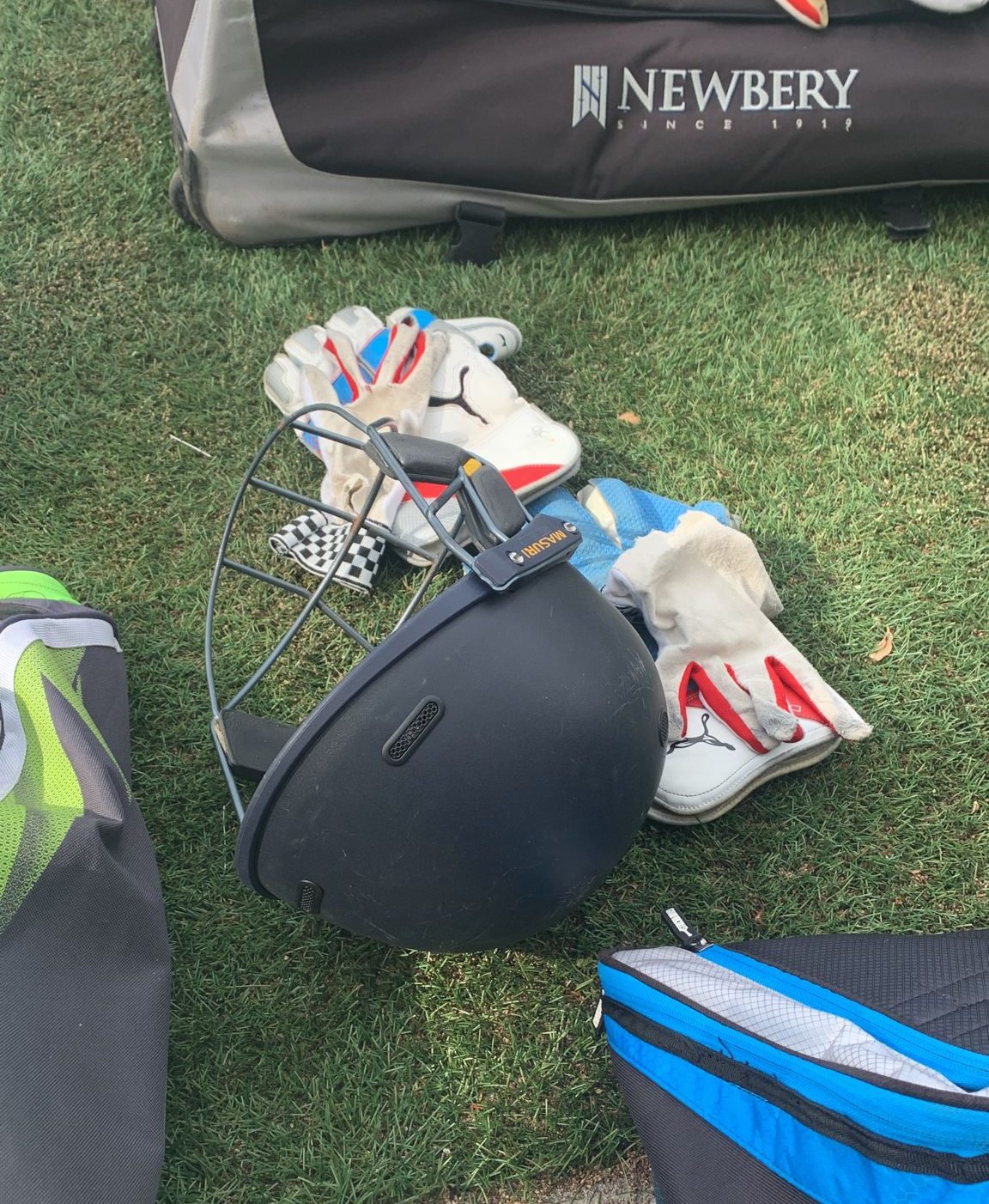 On a pretty nice day to play cricket we were supposed to make the trip to “de Bijlmer” to play Groen & Wit 2. Unfortunately, Groen & Wit had no ground available. Luckily, our friends from Wilhelmus were very kind and allowed us to play at our own ground 3. While on the main ground VCC 1 played against VOC. Captain and stand-in WK Floris lost the toss (again…) and after some hesitation from the Groen & Wit captain, he decided to bat first. This was not welcomed very well by his teammates but we were looking forward to try and replicate the bowling performance from last week against Eindhoven.

Just like the week before Sajjad and Ricardo opened the bowling very nicely. The run rate was low and in the field, we were able to keep the pressure on the batters. Sajjad struck first, and after that senior player, Steffen Mulder struck twice, welcome Stef (3/16 in 10). Stijn has worked hard in the last couple of weeks on his bowling together with Viv and this was clearly visible. Stijn bowled with much more control and pace and was rewarded with figures of 1/17 in 7. Rehan “Purple Cap” Waheed followed up the excellent performance so far by taking wickets in no time. He kept applying pressure and in the field, we backed this up by some good catching of Lau and Shirsak. The Groen & Wit innings never really get going and after a longgg session in the field, Rehan finally took the last wicket. Groen & Wit 114 all out after 46.1 overs. A critical and positive note from this reporter: 41 extras are too many and we need to improve that to be a contender for the title, we kept our cool extremely well and focussed on ourselves despite the at times questionable umpiring from the side of Groen & Wit. Well done to all involved.

After a fantastic chicken biryani lunch organized by Ali and Rehan (thanks guys!) it was our time to try and chase down this total. Harold Vogelaar back in the team and Jakes gave us a fantastic start. It was a joy to watch them going about their business and not getting disturbed by anyone. Jakes did get out and this gave Stijn a chance to impress with the bat. Well, he took that chance and showed some great stroke play, the highlight of the innings was a “strafcorner” six over cow corner which cleared the boundary by at least 20 meters. In the process, Harold scored our second fifty of the season and ended up with a brilliant 61* off 83 balls. VCC chased down the target in 24 overs which allowed the team to have a beer and see the first team beat VOC. A great day for VCC 2 and a great weekend for VCC 1 and 2. Both teams are still unbeaten! Next week we will be playing at home again, this time against last year’s relegated Ghausia. They bowled out Qui Vive for just 76 in the first game so this should be a nice challenge. Thanks again to Dorith for scoring and Emiel for umpiring. Bring on Ghausia!