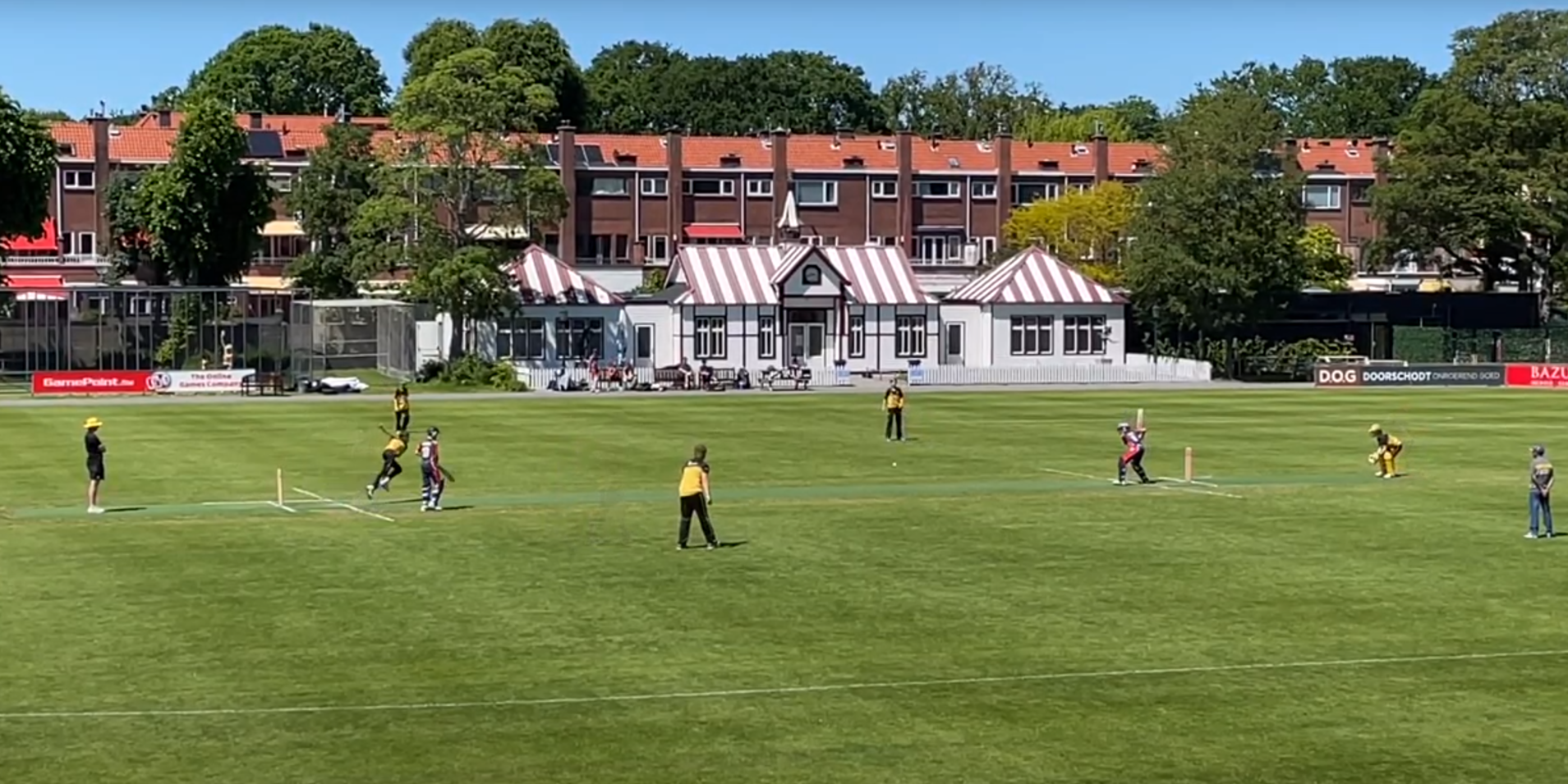 It was the sunny Sunday, the first match of the season against HCC as away game and all the players could not wait further to get on the field – especially after long haul of Covid challenges.

VCC won the toss and elected to bat first. Alejo and Aadvik started the proceedings for VCC. Unfortunately, the partnership did not last long as Alejo got out cheaply. But, on the other side Aadvik was in good touch and with Tom he stabilized the innings. Just when things were looking easy for VCC, Teun from HCC produced a stunning forward diving run-out which sent Aadvik back with a well-made 19. Cedric came into bat at number 4 and did not disappoint as he scored a quick fire 49 with nice strokeplays and also built a solid foundation for a big total. The partnership was broken by Thijs (of HCC) while Cedric was bowled. At number 5 Carlijn walked-in to bat and supported Tom for three overs till she was caught at mid-off for 2 runs. Shirsak joined the party with Tom who is well settled and looked dangerous for opposition. Both Tom and Shirsak were batting with controlled aggression and good running between the wickets. Tom reached 50 in the first game of the season and finally retired at 61 in 28th over. Then lefty Francois paired with Shirsak and helped the VCC’s total to reach 204/4 at the end of 30 overs.

Nel brothers, Albert and Francois opened the bowling for VCC and it was pretty economical spell where they conceded only 10 runs in first 3 overs. HCC started feeling the pressure of chasing mammoth total and they looked very fragile suddenly when they lost 3 wickets in quick succession with two run outs. HCC was tottering at 20/3! Now it’s the turn of another two brothers, Kloppenburg brothers (Teun and Olivier) of HCC started building the innings – did not seem to give up. While they steadied the ship by putting in a big partnership before another mix-up in the middle caused the third run-out for HCC as

Olivier departed. HCC’s key batter, Teun got run out at 60 by the good arm from Francois. He did some real big shots by hitting the ball out of the park in multiple times so cleanly. The last hope for HCC suddenly evaporated after a superb innings of Teun ended and then it was a cakewalk for VCC. At the end VCC handsomely won by 60 runs in the opening game of the season. 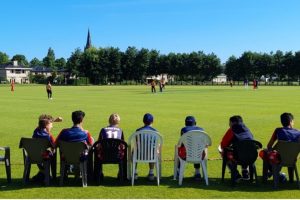 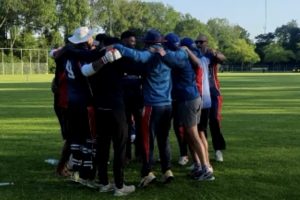