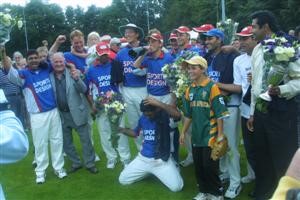 Voorburg Cricket Club (VCC) was founded in 1932. Since 1990, its first team plays on the highest Dutch level, only interrupted by the 1999 season, when VCC played on the second highest level.

VCC´s development over the past decades has been spectacular. In the 1980´s, its first team was promoted no less than four times. In 1989 VCC promoted to what is currently known als the Nachenius Tjeenk League. With over 150 members, VCC is one of the largest cricket clubs in Holland.

In 1985, the championship of the so-called ‘Overgangsklasse´ was won. The convincing way in which this happened, as well as the results in the years after, proved that VCC had matured enough to be able to compete at the highest level. Youth cricket policy was developed, a club sponsor was found and a profesional overseas player/coach was hired.

Still, VCC had to wait four long seasons before it was actually promoted to the top level. Many successes were achieved, but for many years, VCC somehow never managed to be more than just a dangerous outsider. In 1989, however, all the hard work and training finally paid off. Although ACC from Amsterdam seemed to run away with the title, VCC eventually became champions.

After two difficult years in the Nachenius Tjeenk ‘Hoofdklasse´, VCC was a regular top-5 team. Best performances so far have been second places in 1993 and 1997. In 1991, VCC were Cup winners; in 1995, the Sri Lanka Ambassador´s Cup was won.

In 1996 it was decided not to hire an overseas player/coach but VCC´s own Tim de Leede. VCC ended third.

1998 was a disastrous year. Although VCC looked strong on paper, but mistakes and misfortune led to relegation. Bright spot: the U19 juniors win the prestigious Flamingo Tournament.

In 1999, VCC became unbeaten champions of the ‘Eerste Klasse´, proving that the 1998 relegation was an unfortunate incident.

In 2001, it was decided to hire a non-playing professional coach, 52 year old Australian John Bell.

In 2002 VCC, led by pro Tim Richardson, celebrates its first ever Dutch cricket title; very convincingly, 10 points ahead of the runner-up. VCC beats both rivals Quick and VRA twice each.

In 2004, Australian Brett Crichton becomes VCC´s player / coach. One year later VCC, led by Kiwi Marcel McKenzie, is not able to compete for the top spots.

In 2006 young Aussie legspinner/batsman Ryan Leloux is offered a contract. He returns in 2007 and leads VCC to a well-deserved place in the finals of the play-offs. VCC celebrates its 75th anniversary.

In 2008 has more expats than ever, mainly from England, Australia, Pakistan and India. VCC is now represented in the four top leagues.

Since 1990, VCC has been a regular supplier of players to the Dutch national team: Tim de Leede (237 appearances), Hans Boerstra, Marc Nota, as well as players who have meanwhile become members of other clubs, such as Daan van Bunge, Ahmed Zulfiqar and Adeel Raja. De Leede and Van Bunge succesfully took part in the 2003 and 2007 Cricket World Cups in South Africa and the West Indies, Tim taking 4-35 against India and getting 58* against England, and Daan top scoring in his World Cup debut v India with 62. 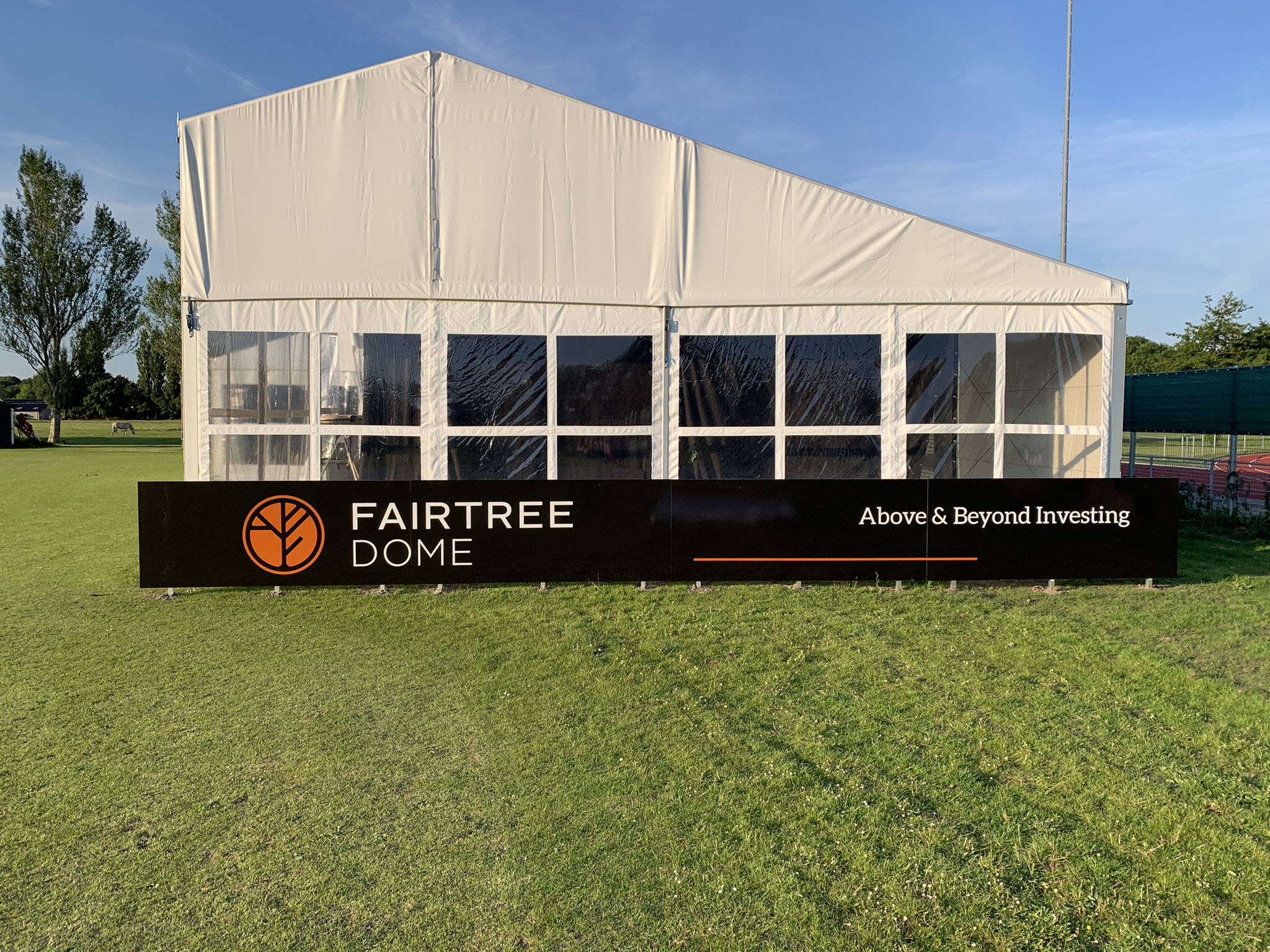 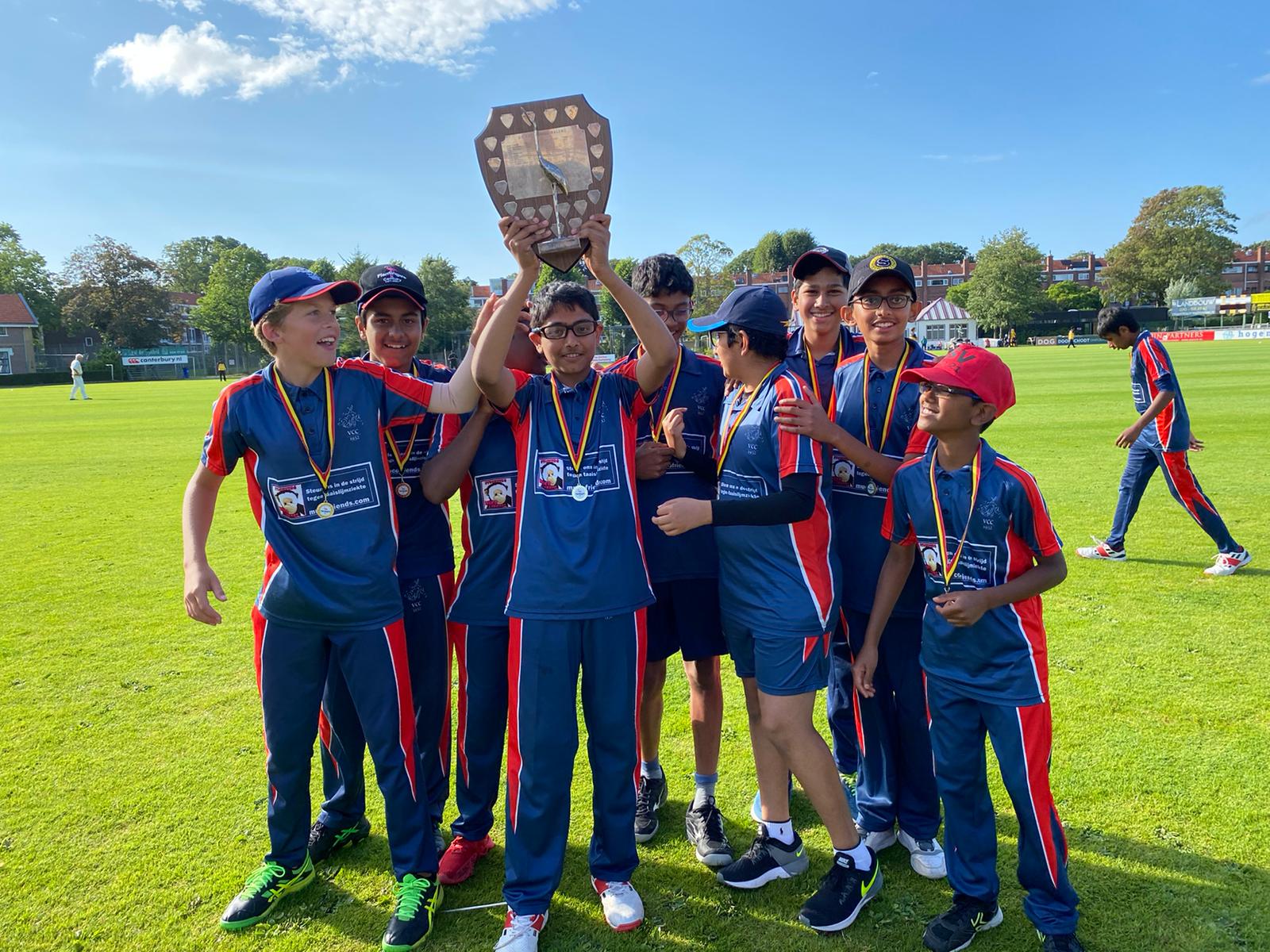