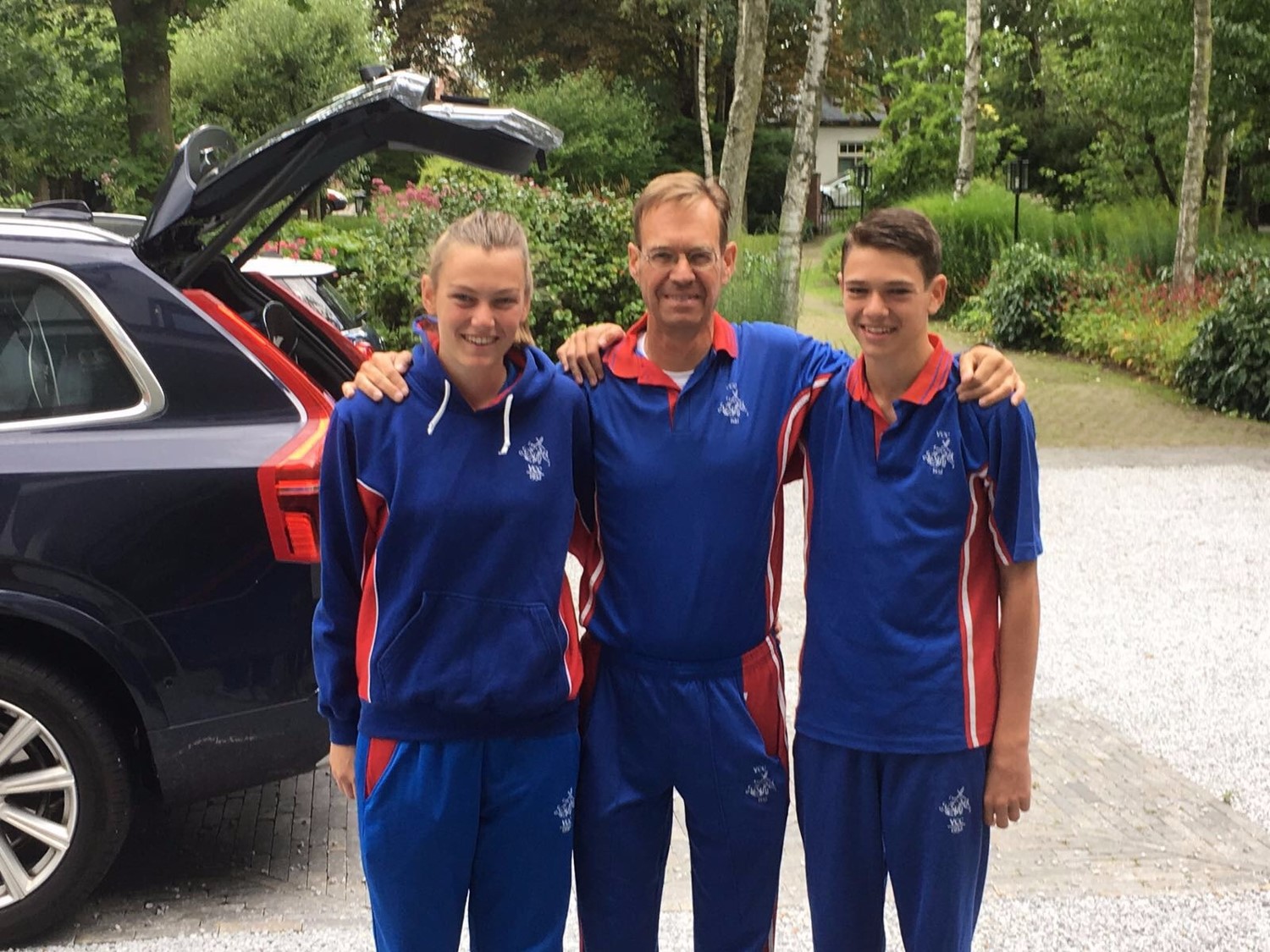 A mix of talented youngsters and older talents followed Richard’s directions to Olympia Football Club except for the captain of course. The big advantage was that nobody could get injured from doing a warming up. Given our reputation of chasing any target Olympia’s captain elected to field first.

Patrick and Babette opened and struggled a bit with the pace of the attack and the slow outfield. After Patrick got caught Rob d’Ancona took guard in spotless whites. He and Babette (15) moved on before she got bowled. Dinesh continued Babette’s good work until Rob fell for 17 runs at 46. Suresatish Ranamoorshetty and Dinesh kept the scoreboard ticking in between some tropical showers. Trying to accelerate Suresatish fell for 23 at 108. Tanay and Pranay supported Dinesh very well to get the total to 178 for 5. As Dinesh did everything to not make a fifty Olympia’s best player decided to him a boost and dropped a catch, which went for four when Dinesh was at 49. He ended up 57 not out.

After a very nice meal the sky was blue and the sun was shining creating the perfect conditions for our openers Jai and Stijn. They put the batsmen immediately under pressure, which resulted in a run out in the second over already. Olympia never got in to a decent chase as our bowlers kept the pressure high and were supported by good fielding and superior glovework from Babette. Jai was outstanding with 1 for 13 in 7 overs enabling Stijn to pick up 3, Pranay 1, Ravindra 1 and Suresatish 2 wickets. Their opening batsman and number 7 played good innings but wickets fell regularly thanks to catches from Guus, Babette, Dinesh and Tanay. Our 38 wides and some dropped catches were not fatal as they were all out for 134. A good team effort and enjoyable day, which was facilitated by the scoring of Dorith in our new book (thank you!) and the VCC support.

Olympia won the 3rd innings comfortably as we enjoyed cold drinks, nice snacks and the sunshine while analysing the differences between the two wicketkeepers. We witnessed great hospitality and some talented youngsters coming through while we secured our place at the top of the league.