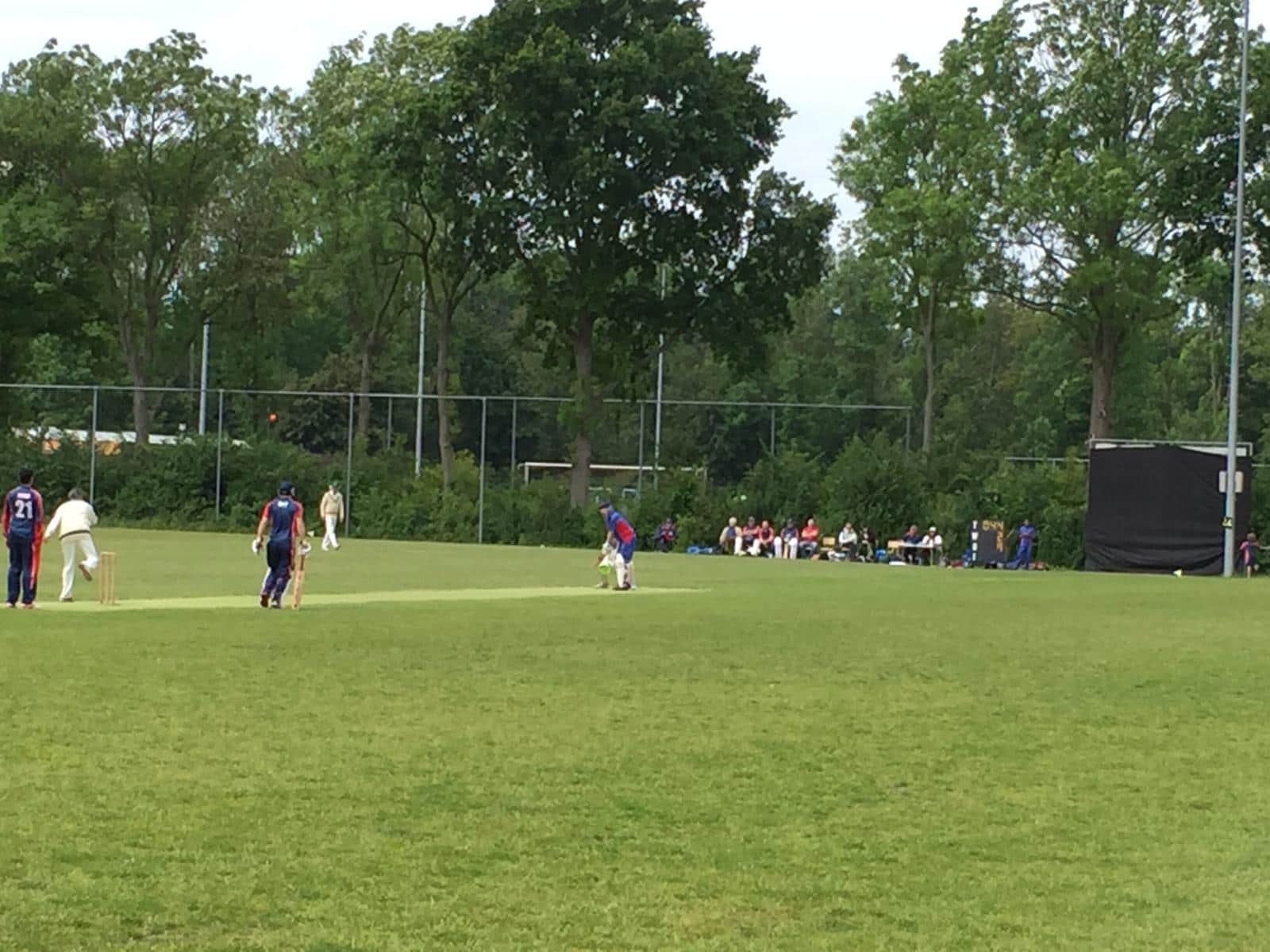 VCC won the toss and elected to bat.

Yasir and Kashif did the opening and had a steady opening partnership before Yasir edged one to the keeper. After that the sort of innings we have come to take for granted from the ever-dependable Naman did arrive. For a period, he and Farukh built up a launchpad partnership. It was there that VCC’s innings had really taken off.

Sono and Rohit raised the tempo and went looking for the big hits in the last 10 overs. We posted a competitive score of 252 and went in for a well prepared Asian lunch!

All VCC’s bowlers needed to do was keep it straightforward, and watch Hermes crumble under the pressure of a ballooning asking rate. Almost the opposite happened. We bowled wrong lengths, gave too many extra’s and dropped at least 3-4 important catches.

Hermes could see us struggling and did well to stay around the asking rate even though wickets were falling. Especially their number 5 batsmen batted smartly and used the conditions to the best. He went on to make a well deserved 103, before being caught by Vishal.

After his dismissal, Hermes were 215-5 after 36 overs needing 38 from 24 for victory. Naman and Besharat and bowled well in the end to make sure they will not reach the target. Hermes were on their last wicket and needed 19 runs off the last over. Vishal only needed 1 ball to bowl and they were all out for 234 with 5 balls to spare.