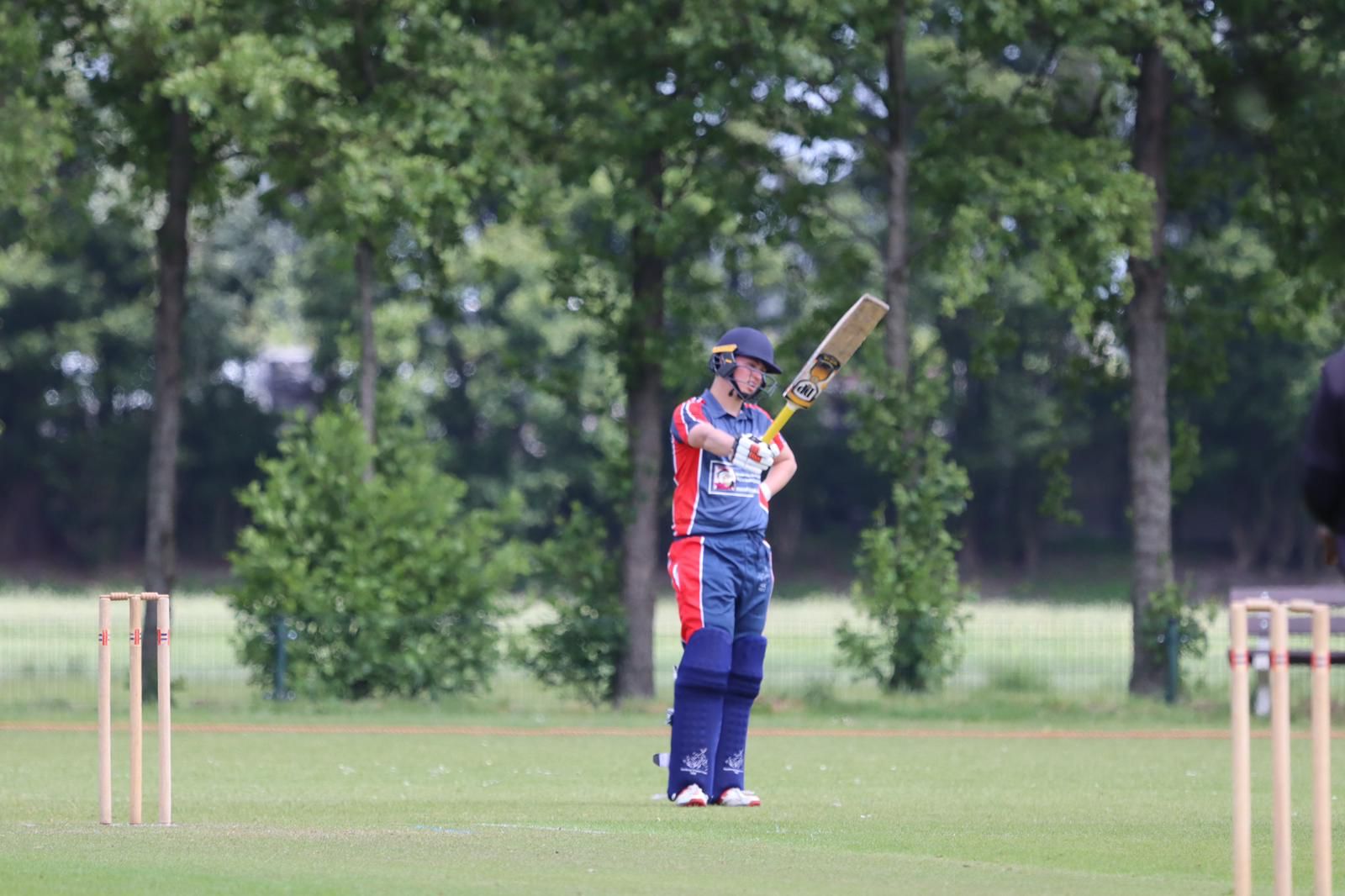 It was a bright sunny day at Voorburg. Whilst the sun had risen and shone nice and early, for some (Nirav) this wasn’t the case. Splashing water to cut short his pleasant nap not only woke him up but seemed to excite the whole team ahead of the doubleheader week. Little hesitation from our coach Emile to make his thoughts about batting first clear to Flo and so we did against Concordia as for the first time in forever our captain’s luck had his side and Flo won the toss for once (Miracles do happen I guess).

As they say, Rome wasn’t built in a day and neither was the outstanding batting performance that was followed by our team (took us batters a while… oops). Nene starting off positively as ever with some glorious drives falling to a short-pitched delivery. Our Boef (Alyan) held his own for a while before getting out caught. One would say the sugarboy (Jakes) would have settled nicely having played for the first 20 overs but he seemed to offer very little advice to the incoming batters and carried on his merry way of scoring runs. Nirav coming in at 4 had come with his skates on taking singles and doubles at any half opportunity which didn’t seem to please Jakes batting at the other end. They strung together a nice partnership filled with some pleasant boundaries, very very loud calls (by Nirav at least) and lots of running between the wickets. After agreeing to play the matured innings and not giving his wicket away, Jakes does exactly that by chipping one straight back to the bowler after scoring a fantastic 65. 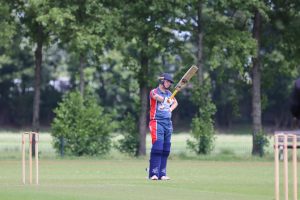 Jakes not enyoing running with Nirav

Bakkie Lau came in next with lots of excitement (maybe a bit too much??). After receiving some invaluable advice from Nirav to play straight Lau does the exact opposite and hacks across the line only to miss it and hit in the Crown Jewels. Safe to say by the time Lau left the crease after his strong 18 of 15 balls, he had run enough for the whole of the season. Ali Baba and Ricky both walked in with their own swagger to finish off with some big overs along with Nirav on the other end who finished on a rather quick 80 not out off 88 balls with the team on their highest total of the season of 238.

First innings done, we had lunch (too spicy for our rather weak coach Emile AGAIN) and got back on the field a bit too early for some of our likings as complaints about soreness started coming in. However nothing was gonna hold back our fiery opening bowlers Sajjad and Ali who both delivered on asking two early wickets in the first powerplay. Concordia’s captain then walked in and took the game by the scruff of its neck with some gorgeous shots. Ricky producing a beauty of a spell was rewarded with the wicket of none other than the big fish, the Concordia skipper and boy was he happy with it! Flo from the other end as he always seems to do minded his own business by bowling his 10 overs in one spell and pricing out 3 crucial wickets. When the team was on its dying breath with most fielders limping and drooping, the sugarboy (Jakes and his beloved cassis) rose to the occasion and produced an inspired spell of bowling. Jakes took his first wicket of a rubbish half-tracker outside off (as spinners tend to do, hey Flo!) and soon followed up with another wicket. Stinna, our hockey specialist, wasn’t needed with his strafcorners today but came late in the game to bowl a hostile spell off 5 overs and getting a wicket. With each extra ball required by the fielders to stay in the field, there were groans of aching backs, sore legs, tweaked hips you name it. Sajji came back to finish things off with keeprtje Babette taking her first catch of the day and officially entering the good books of Emiel as she got +9 fielding points as a keeper (sorry what??). Couldn’t be prouder of this lovely bunch to beat the unbeaten team of the competition (before they met us) after a devastating loss a week earlier. Great fight shown by the lads as we made it clear that we are a force to reckoned with.