Home » Verslagen » VCC 2 – Concordia 1: There are a lot of lessons to be learned 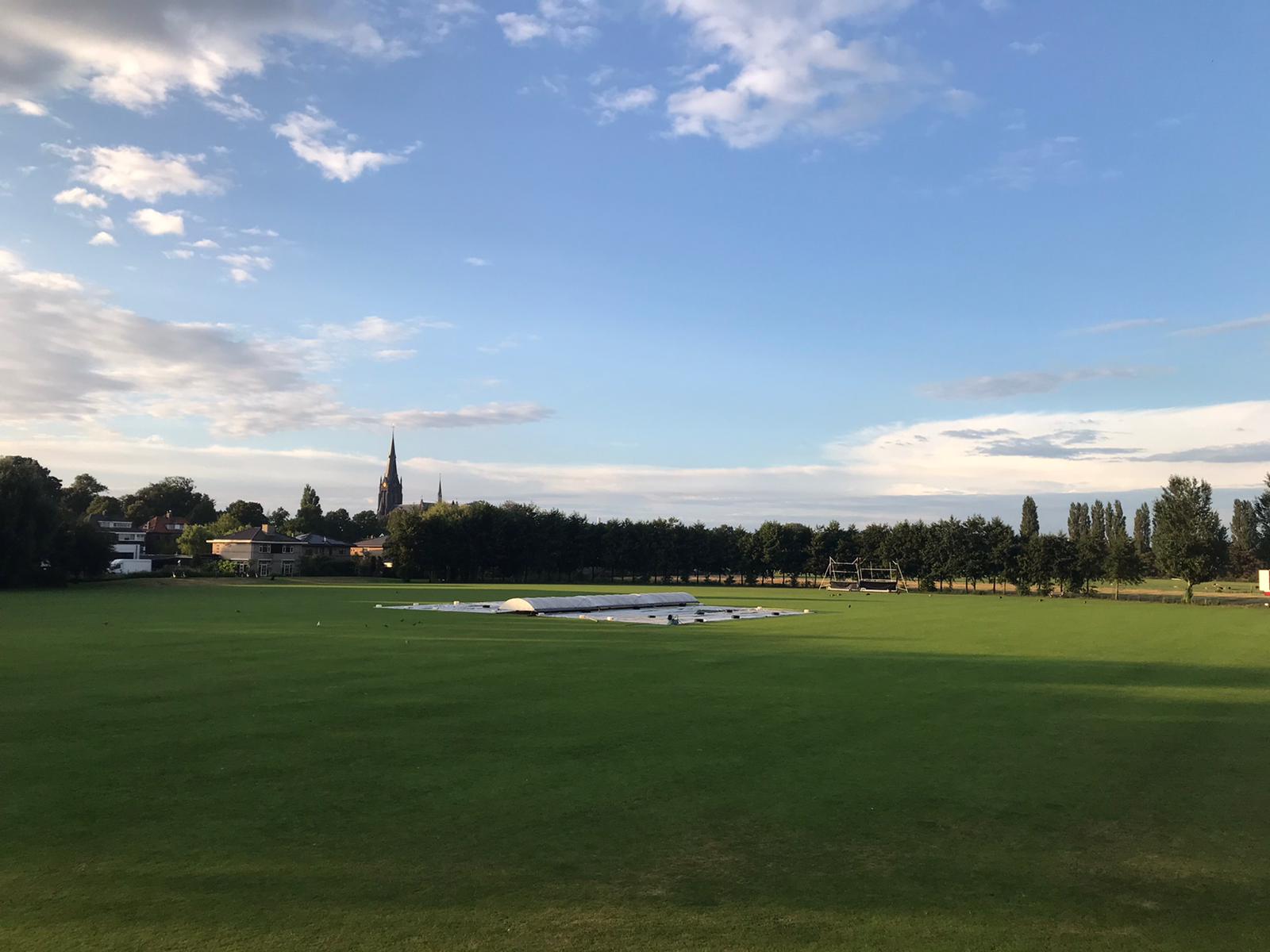 Before the start of the game, our main discussion was whether the weather gods would allow this game to happen. As it had rained a lot the night before and the weather forecast was not that appealing for the day itself. Still, everyone gathered on time on an unexpectedly sunny and hot morning. After removing uncountable covers and clearing the playing surface the umpires were still not happy, as Lex had decided to use the heavy roller till the very last moment. After finally having convinced Lex to leave the square with the roller, umpires did an ‘inspection’ at 10:45! And we had a toss at 10:50. After winning the toss the skipper decided to have a bat, and as per umpires the start time was still as planned 11:00.

It looked like a very good batting track and we had a target of 230+in mind. With two new faces in VCC 2 Babette & Shawn, they were both sent in to open the batting. With Shawn getting out without scoring on the very first (legal) ball of the match, it wasn’t the best of starts. Harold came on the crease to join Babette (well he doesn’t want to open, but most of the matches he gets to open anyways…) and they both steadied the ship by putting up a partnership of 26. Harold as he always does, drives a beautiful 4 in his innings (this time only one). Soon after Harold is gone for 14. In comes the skipper Rehan with Babette still looking very solid with the bat, they both looked good in the middle with some nice shots and partnership building up to 36, before Babette getting out by c&b for 25 (just two runs short to her brother Stijn’s 27 last week!). In comes Arsalan who looked good from the beginning with some nice solid shots. Rehan gets probably the best ball of the match which jumped up at the last moment and he got out for 16. Tahir played also nicely for 17 before given LBW.

With Iftikhar joining Arsalan on the crease some firepower was expected, Iftikhar scores a quickfire 38 with 4 fours and 1 six. Arsalan scores 6 boundaries and plays one shot too many and falls for 38. After this, all the batters were in a hurry and we lost wicket after wicket, with 166-5 and 15 overs left one would expect us to get to at least 240. But we were eventually all out for 195 with around 8 overs still left in the innings. VCC lost the last 5 wickets for only 29 runs.

At halfway we knew we were short on runs so we had to field and bowl exceptionally well. After a well-organized lunch by Harold, we started with Sajjad and Iftikhar with both of them taking early wickets with 2 wickets apiece Concordia were 50-4 after 10 overs. Scoring rather quickly but also losing wickets, we had a good chance of finishing it soon by getting the remaining wickets. But in the middle VCC bowled some bad lines and made the new batsman’s get comfortable to the crease. Concordia had in the middle a very good partnership of 86, which turned out to be a match-winning one. Eventually we got both the set batsman out but it was little too late, with 3 wickets in hand and 40 runs to be made we still had a chance, but again sloppy fielding and bowling couldn’t prevent a defeat. Concordia chased the target down in 42 overs for the loss of 7 wickets.

If we only had batted sensibly in the beginning towards the end of the innings we would/could/should have had extra 30-40 runs on board and result could’ve been different. Also bowling 41 extra’s with 32 wides! Didn’t help. Next week is a weekend off and the week after VCC 2 plays VVV 2 at home to finish this season. Hopefully then with lessons learned from this game and a positive end to this cricketing year.