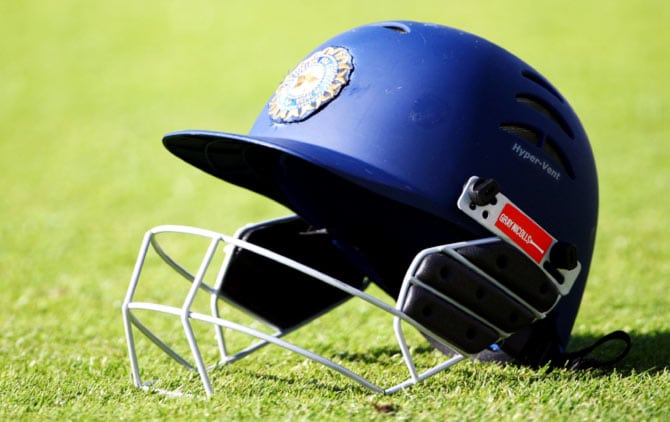 In difficult conditions VCC managed to snatch a victory from the jaws of defeat, with help from an unlikely source, to keep their unbeaten streak alive.

Saturday the wind was whirling around the VCC, what felt like a hurricane strength, and during the morning the fixture had been in doubt. However, the brave heroes of the VCC Zami squad took to the field, welcoming Sandra and Marek back after their sabbaticals, to take on Concordia in an away fixture played at the VCC ground.
VCC started well, keeping the scoring tight, so well in fact that the bowling wouldn’t have looked out of place in the ICC cricket World Cup unless you were South Africa (sorry – Martin). The pressure in the beginning lead to an early breakthrough and a couple of chances for VCC.
We must give special mention to Dave here, having won the Zami player of the month award, he was almost clearing more space on his mantelpiece for the catch of the season award with great effort at slip. Unfortunately, despite cat like reactions, the catch didn’t stick, but the effort was superb.
After an early breakthrough, Concordia starting to grow into the game managing to pick up the scoring rate in the middle overs of the innings. Nonetheless, VCC managed to keep pegging Concordia back with Sander nabbing his first stumping and run out of the season in the process. An excellent delivery from Mo, clean bowling the batsman on middle stump, deserves a special mention as well.
Concordia ended the innings on 1 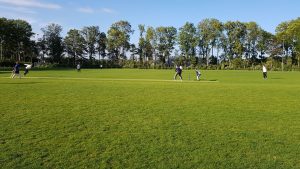 76 – a challenging but achievable total.
The VCC reply stuttered at first with a few early breakthroughs for Concordia, just what they needed in the conditions, applying pressure and increasing the needed run rate. VCC 55 for 4 in reply, needed an innings, they needed something to give them a chance.
Cometh the hour, Cometh the man – Sander with a captain’s innings of 47 not out!
This alongside cameos from Richard and Chris, the latter hitting his highest score in a VCC Zami shirt of 31 not out, helped the VCC side home to a victory. Which had looked in doubt as late as the 27th over with the side needing almost 10 an over a one point!
Alas, special credit must be given to the newest Zami signing. A Concordia helmet! What a player! In an expensive over for Concordia, with a few wides and runs scored, the ball hit the helmet and, as a result, five penalty runs were award. Helping make it a manageable final over as long as the players kept their nerves and heads.
In the end, Chris hit the winning runs with only 2 balls to spare to end the tension. What a game, what a win.
That’s now 5 in 5 for the Zami Army… 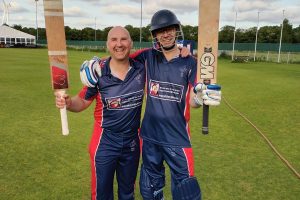