Home » Junioren » VCC U17 picks up two points vs Kampong 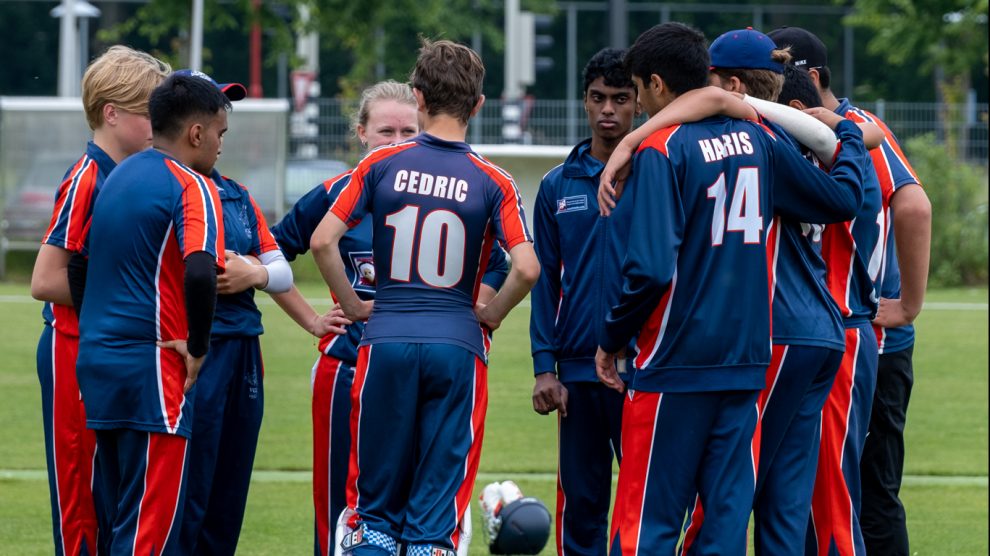 VCC won the toss and elected to bat first. Aldino and Haris opened the batting for VCC but it didn’t take long before the first wicket fell from Haris on the bowling from Samanyu Chauhan who continued his good bowling because he got 2 balls later Tom out. Cedric joined Aldino at the crease and kept the scorecard ticking until Aldino got out in the 11th over. Shirshak came in and batted brilliantly. With Cedric he had a strong partnership which was broken at the 26th over on bowling off Chauhan who bowled good. Cedric had to go a good half century (59 from 52) for the skipper. 2 overs later also Shirshak had to go who also played a important innings for VCC (51 from 51). Danial and Farhaan made a few runs in the last couple of overs with all added extra’s VCC set a total of 208.

209 was the total of the chase for Kampong. VCC started the bowling very good when in the 9th over S butt was caugth by Farhaan at the bowling of Danial. After 10 overs Kampong were 26-1 everything looked good for VCC. S Chauhan joined G Swanepoel Jr they had a good and strong partnership off 112 runs in which G Swanepoel Jr took the responsibility to attack the bowlers. S Chauhan was dismissed by Danial on the last ball of his spell. A good partnership came to an end in the 23rd over. At the end G Swanepoel Jr got 100 from 79 (rtno) with him not at the pitch anymore Tom and Alejo finished the end of the intense innings with some good death bowling. VCC won by 20 runs. In the end a good day of cricket and everyone enjoyed it.