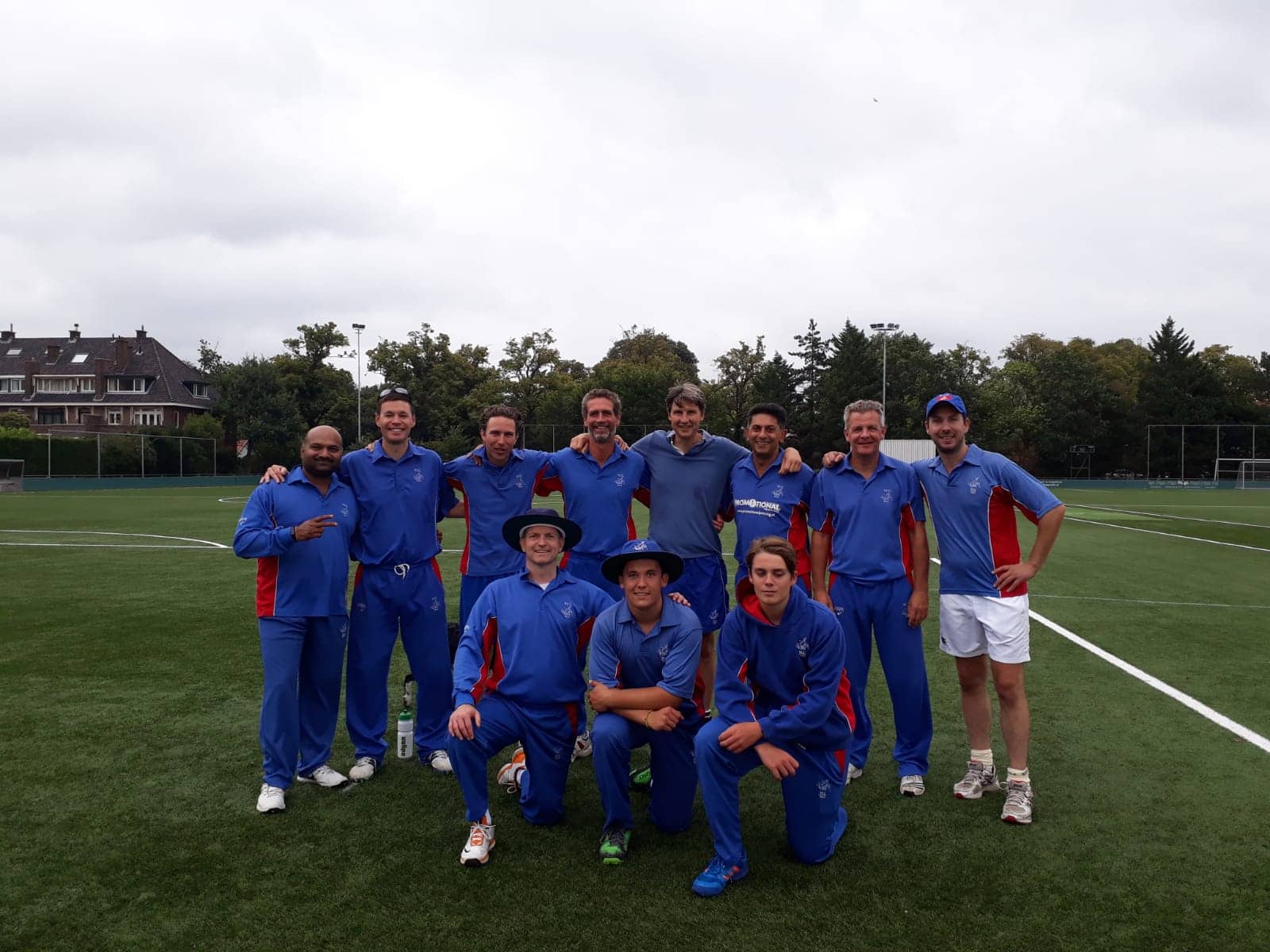 As most captains and team managers know: it is difficult to field a full strength team during the summer holidays. So, thanks to Richard, we were fortunate enough to find five gentlemen willing to join our team against CCG Zomi at HCC on Sunday 19th August. Many thanks to Florian Cordesius and Guus Timmermans (both from VCCU17), Sander van Wissen (VCC Zami), Dave Dormits (ex VVC1 and 2) and Victor van Koolwijk for not only making up the numbers, but also for making excellent contributions with bat, ball and in the field. 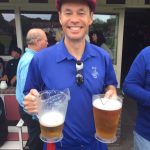 Captain Guus Beekhof won the toss and decided to bat first. He must have had a good feeling about the pitch because he would make an impressive 121 and retire with this score, knowing that he made a career best and providing the opportunity for other team members to have a bat. Rob d’Ancona added a quick 12, before he was caught by Ali. That gave Florian the opportunity to play some strokes and he put on 26 runs with some fine boundaries. Dave Dormits showed us what a fine player he still is. He admitted that it took him a couple of overs to get used to the slower pace of Zomi bowling before hitting the balls as at such speed never seen before during a Zomi game (maybe with the exception of some balls hit by Marc Nota). Dave was caught of the bowling of Chaudry, the slow pace of the bowling being his downfall in the end. All other batsmen added to the score and Dinesh’s 26 not out should receive a special mention. After 35 overs the grand total of 279 runs was on the boards!!

The lunch was not rushed, but taken quickly because several Zomi members wanted to join the VVC 1
celebrations at the Groene Zoom and others were eager to have a go at the CCG batsmen.

Vishal Patil was given the new cherry and ended up with outstanding figures of 1-17 after 7 overs. Florian and Guus T. both bowled 7 overs and made a considerable contribution in keeping the runrate low. Although VCC had runs on the board, there was always a chance that one of the CCG batsmen would put on a century on the artificial turf at the Diepput. In the end it was Schwandt who would just fall short of his century. He was caught at 97 of the bowling of Sander van Wissen. Dinesh and Lennaert both took two wickets each. Rob was given the final over and he also ended up with taking a wicket. Victor took a catch and had the black and blue marks to show for it. CCG ended up with 193 runs and VCC Zomi were the deserved winners of the match. 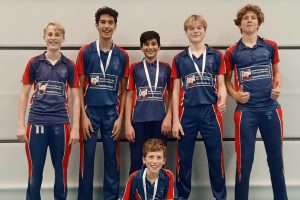