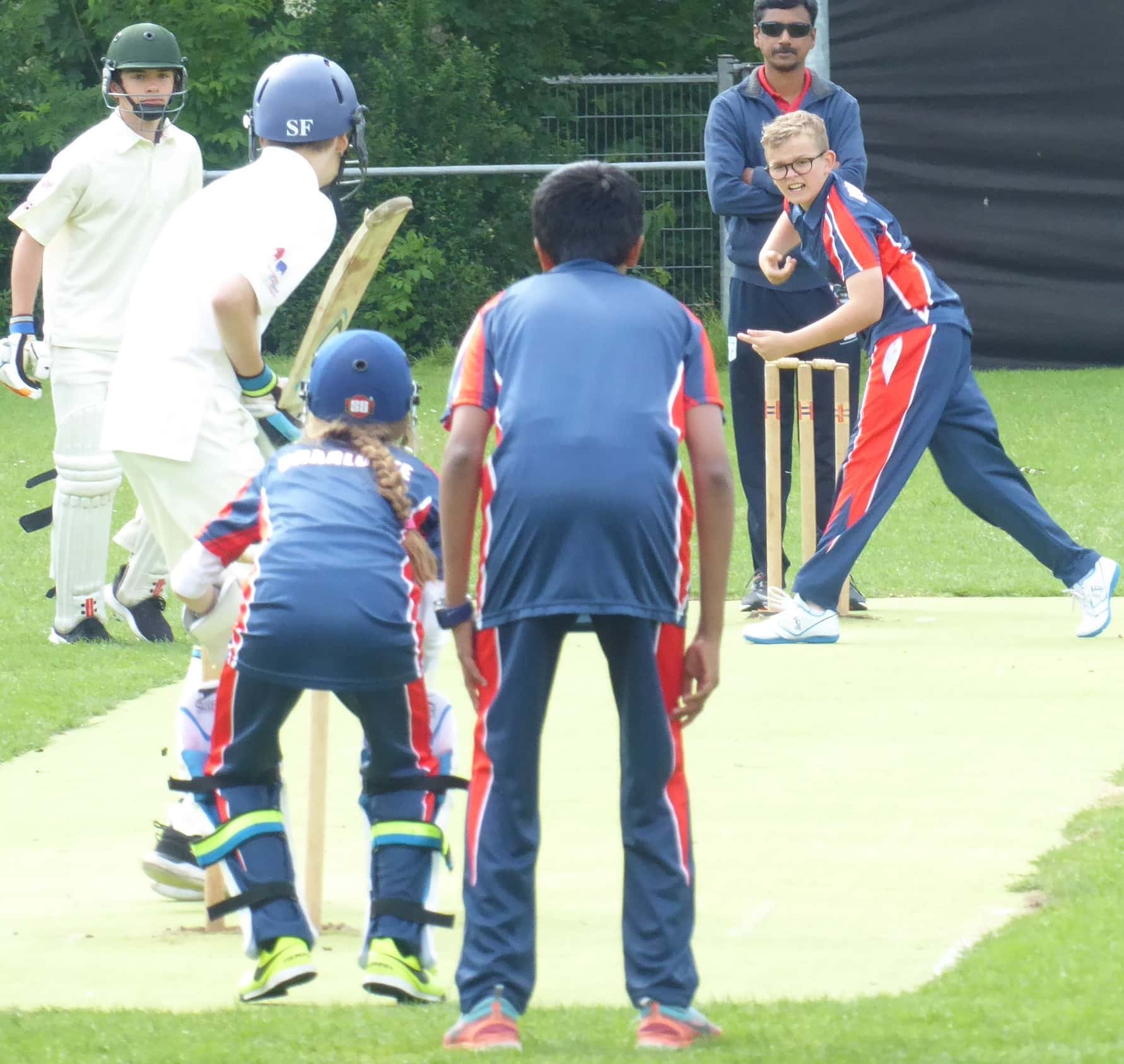 VCC B vs Salland
9 June 2019
Salland won the toss and chose to field.
The wind had dropped from the previous day and the sun was making a welcome return as the match began. Pradyumna opened the bowling with a tidy first over. The next few overs resulted in more extras than runs, it took until the fourth over for the first wicket to fall, LBW off the bowling of Vashu – 22 for 1.

The tight bowling continued with Aditya and Matthew both delivering maidens. As the pressure continued, Pranav clean bowled the second opener – 38 for 2.

The third batsman arrived looking to hit the ball hard. Despite some straight bowling by Adi, he was straight driven for four by a beautiful clean stroke from the opposition batsman. Prad’s second over brought the third wicket, another batsman clean bowled middle stump – 64 for 3.

This was soon followed up by Pranav who caught the new batsman off his own bowling for a golden duck – 64 for 4. The very next ball, wicketkeeper Rosalie standing up to the stumps, took an excellent catch from the hapless batter. Another golden duck and a hat trick ball to come – 64 for 4.

The crowd watched expectantly as Pranav came into bowl. A good straight ball, bowled on the wicket, the hat trick thwarted as the batsman fended it away. There was no letting up on the pressure as VCC B, buoyed by the quick wickets, were expecting more. The improvement in fielding was shown as Pranav fielded ball at gully almost running the player out with a direct hit.
The Salland number seven batsman was offering a lot of close catching chances and the three fielders closed in at first slip, point and short mid on. Somehow the ball failed to go to hand, Aarin unlucky not to claim a wicket as the batsman found the gap. Finally in the last over, the ball was chipped to Matthew at point who took the catch for 6th wicket – 88 for 5. A few balls later, the Salland innings ended on 93, with 37 runs scored off the bat.

After refreshments –cake, squash and fresh strawberries- the chase started with Matthew and Pranav opening the batting. The bowling proved difficult to get away initially, but the openers soon started to strike the ball as they came to terms with the erratic bowling. Pranav was caught and bowled for seven, bringing on Vashu. After a fine strike for two he was caught by teammate Pradyumna who was gamely fielding for the opposition.

Aadvik managed to score one before being bowled off a low bouncing ball. Vinay stepped in as the target approached. Matthew continued striking well ending, finishing the day on 27 not out as the opponents score was reached with an anti-climatic wide. The final score 95 for 3 with plenty of overs to spare.

Another great performance from the lads and gal. Welcome to Ishaan who was playing his first summer game and bowled well, unlucky to take a wicket.
Perhaps the only area needing improvement at the moment is to let the captain on the field take charge and decide the play with the help of the coach.

An especial big thanks to Rosalie and Pradumnya who showed great sporting spirit helping out the opposition who needed and extra fielder. 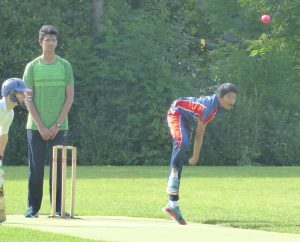