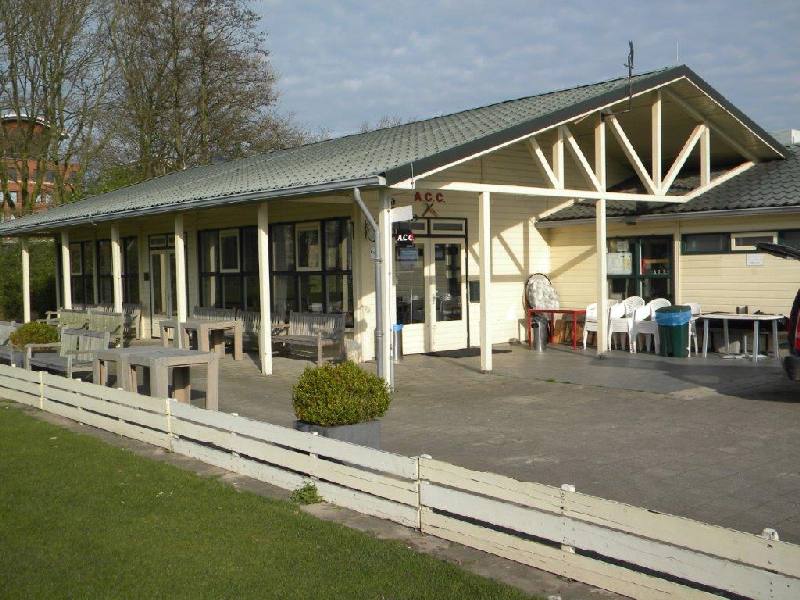 As some players were desperate to watch the final of the women’s world cup the captain decided to lose the toss and give the opponents the opportunity to bat first. Since Charu was on duty, bionic man John still recovering from his racing accident and Richard recovering from a yorker we were grateful to have Rohit Khanna and the young talented Jacobus Nel Jr. playing with us.

After a short lecture on the long tradition of VCC’s annual report we honoured their request to keep score in just one book on the condition that it would be our book. Lennaert and Victor ensured that the colourful scoring was accurate in absence of Richard.

Well aware of the competitiveness of our opponents we knew we had to perform well to get a shot at winning this match. The big group of fans saw Jacobus immediately setting the standard with tight bowling (0 for 7 in his first 4 overs). Supported by good fielding the bowlers kept the run rate low, putting some pressure on the batsmen. Every time the ACC batsmen were threatening to build a bit of a partnership we succeeded in taking a crucial wicket while the run rate stayed low. Vishal took the wickets of dangermen Balk and Richard Wolfe (including a caught and bowled), the fielders and Rohit contributed with two great run outs and a catch by Guus before Brains suggested to bring Jacobus back on again. In cooperation with the gloves of Rohit he immediately sent their captain back to the pavilion with a duck. Although Robert Wolfe and a talented youngster called Jake did some free hitting in the final overs the score of 126 for 7 from 35 is evidence of the good team performance in the field. Jacobus ended his 7 overs with one wicket for 16 runs, his proud father Kobus with 1 for 29 from 7, Colin 1 for 34 from 7, Lailesh 1 for 28 from 7 and Vishal with 2 for 18 from 7 including a maiden and a wicket maiden. Sharp inner-circle fielding by Victor and Lennaert helped the bowlers to build pressure.

After the break Kobus and Rob took their time to lay the foundation for victory. Their partnership  ended on 42 when Rob (17) got bowled. Four runs later Kobus (17) was a bit unlucky to get caught at what could have been called a no-ball. Good running from Vishal (18*) and powerful batting by Rutger (53* including a six over cover that hit the pavilion) saw us comfortably home in the 25th over and allowed everybody to join the crowd in front of the television with a well-deserved cold drink. A good team performance, a match in good spirit, a win against the leaders of the league and in time to watch the final: I love it when a plan comes together.

A special thanks to all our fans including the Nota and De Lange families for supporting us far from home.