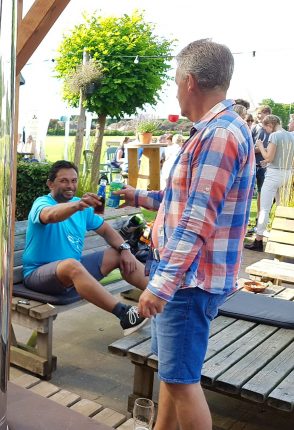 It was a sunny day in Utrecht and the 8-man team from Voorburg were raring to go. After winning the toss, we elected to bat as Suresh and his young boys were still on their way from another match in Amsterdam.

As usual, the Beekhof Brothers opened but Guus (12) fell cheaply. Rutger impressed again crossing the half-century mark easily with boundaries all over the field. Richard who was having the best game of his short career supported him well. When Rutger (58) was given out LBW, the score was just over 100 and VCC were averaging 5 runs per over. Dinesh (14) came and went and there followed a fine cameo by Pranay (30). The highlight of his innings was a beautiful six that went sailing out of the ground and it showed all present, the potential of this young teenager. Richard finished on his personal best score of 47* with the end score of 190 for 4. It was not a high score considering the big hitters that Kampong had in their side.

After a delicious lunch, the twins, Pranay and Tanay opened the bowling. Both the brothers were quick but Pranay was spot on with his line and length, conceding only 10 runs in his first 4 overs. Tanay bowled a bouncer, which came off the opening batsmen’s gloves and lobbed gently into Richard’s hands. Umpire said Not Out…..Hmmm!

Guus asked Charu to replace Tanay and after a poor first over, Charu bowled a magic maiden over. He clean bowled one of the openers and two balls later with an almost identical ball, managed to get the prized scalp of their dangerman Stembord (he scored 124* in our last meeting).

Suresh and Dinesh were both leaking runs at the other end but Charu was now on fire. With the dismissal of the other opener who was beginning to hit out, Charu finished with super figures of 5-3-15. The backbone of the Kampong batting line up was broken.

Dinesh rediscovered his line and length resulting in another dismissal courtesy of a fine one-handed catch by Suresh at long off. Guus recalled Pranay to the attack at the other end and he convincingly demolished the stumps of another Kampong batsman. Dinesh managed to get an LBW and with a direct hit, he ran out another player who was trying to steal a quick single. Kampong was now really struggling. They had scored 100 runs in 23 overs with the loss of 7 wickets.

Guus rotated the bowlers and with good positioning of fielders, we made sure that runs were not easy to get. Lennaert and Suresh finished off the tail with fine catches by Rutger and Richard. Kampong all out for 125 in 27 overs. It was a convincing win by VCC and a great team effort with both the bat and the ball. The prospect of winning the league looks more and more promising. 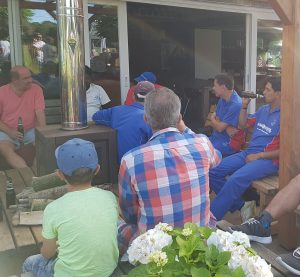 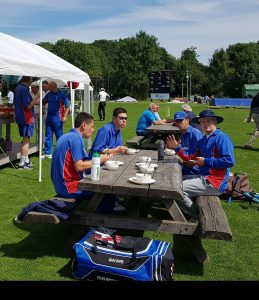 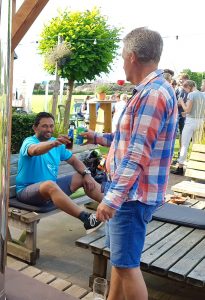 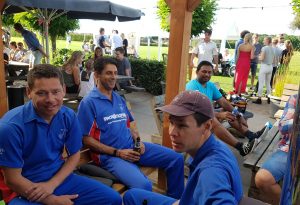 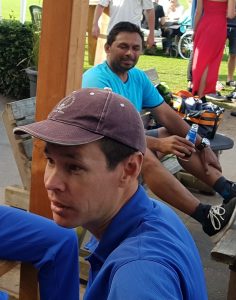