Home » Senioren » Zomis versus Olympia on a sizzling hot Sunday 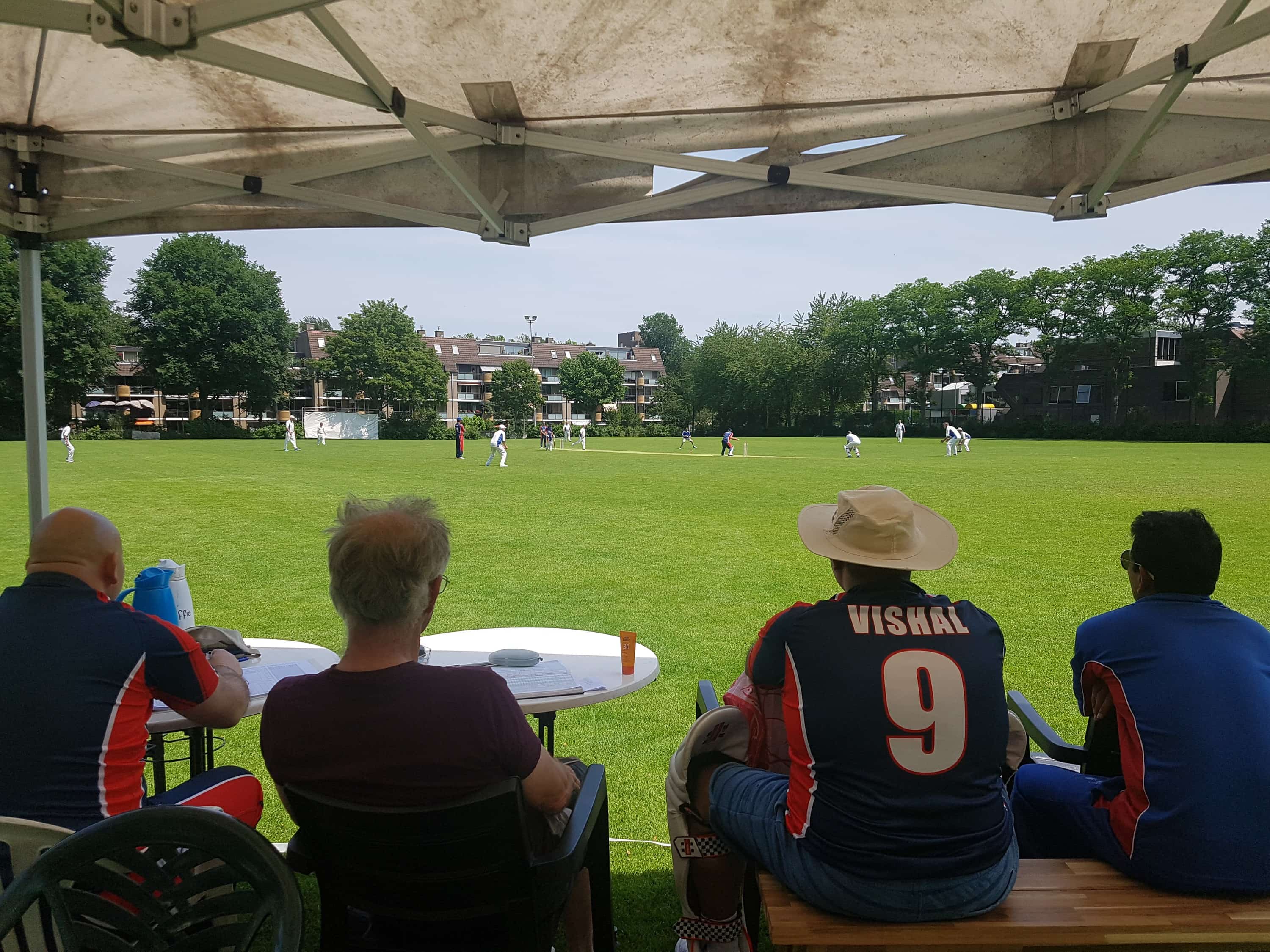 It was a sizzling hot Sunday and after a toss won by captain Guus, he decided to bat first. Rob and Richard open the batting inning and after 4 overs Rob was out . 3rd batsman Lailesh and Richard controled the damage and started rebuilding again: together they crossed the 50-runs mark. After the first drink interval Lailesh lost his wicket and Richard was joined by Rutger. In-form Rutger was scoring easy runs on a fast outfield,  Richard batted well and made 32 runs. After Richard went out Vishal joined Rutger and he made quick 10 runs before going runout. Guus came to bat and he knocked the ball to the boundaries with his brother, together they crossed 200-runs total. Rutger was finally runout on 66. Dinesh came to bat and he played excellent small inning till the end with Guus, with their partnership we made 244 runs total. It was not an easy total to chase for the opponents in hot temperatures.
After a nice lunch break and warming up we where ready to defend our total. Olympia batsmans came out on the field and Captain Guus handed a new ball  over to Charu. After several wides due to slippery hands on a warm-humid  day, he found the right length and strated to gain control on the batsman.
Colin opened the bowling from the other end and he was right on target as he immediately bowled out the Olympia opener batsman. 3rd Olympia batsman came in and he decided to go after Colin, but fortunately Charu managed to get the wicket of the 3rd attacking batsman. Charu got a break and Vishal joined Colin, bowling from other end, and both got wickets on regular intervals together they took 5 wickets. Rutger took one stunning catch by running upwards from boundary line. The tale enders of Olympia where wiped out by Dinesh (2 wickets) and Lennaert (1 wicket). It was the end of Olympia innings, they just crossed the 100 runs. VCC Zomi win by a huge difference.